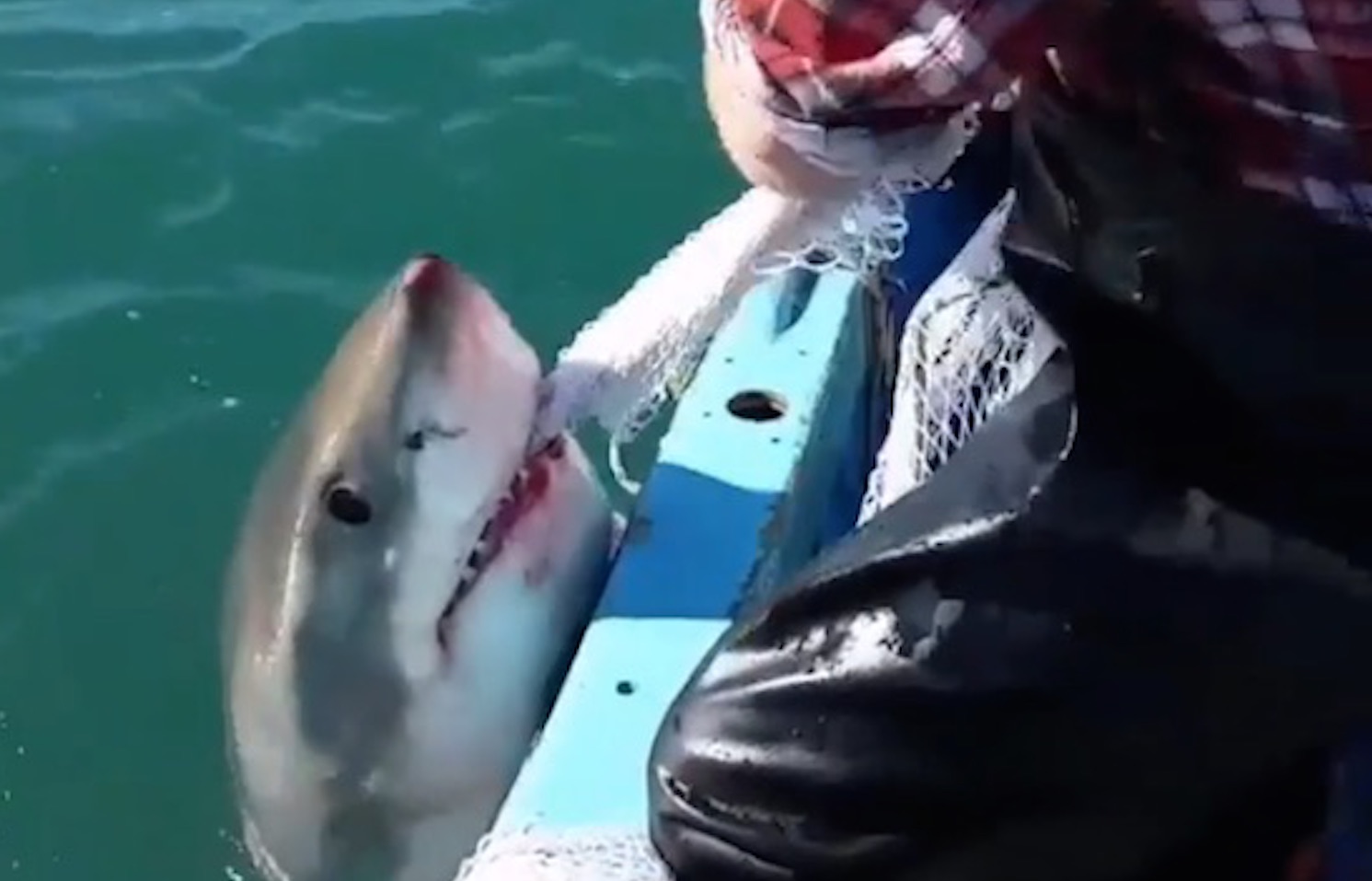 There are a whole bunch of animals out there that if I came up against them in the wild, I would just let them do whatever they wanted as there would be absolutely no way I would be beating them at anything.

That’s the law of the jungle baby and number one on that list of animals is probably a shark. Those vicious fuckers will kill you without a second thought by ripping off your body parts so there’s no way I would want to mess with them if I ever met one.

I’m not an Australian fisherman though. The guy in the video below got involved in a tug of war with a shark over his fishing net and let’s just put it this way – there was no way he was going to lose that fishing net:

Yeah, that’s all kind of nope. I mean is a fishing net really worth getting involved in a battle with a shark? The guy could easily have ended up falling overboard and getting nailed by it, or even pulling on onboard and getting bitten. I suppose he is a fisherman, so kind of knows what he’s doing, but still it seems kind of a silly activity to get wound up in if you ask me. Just saying.

For more sharks, check out this video of a massive fish eating a shark in one bite. Law of the jungle baby.