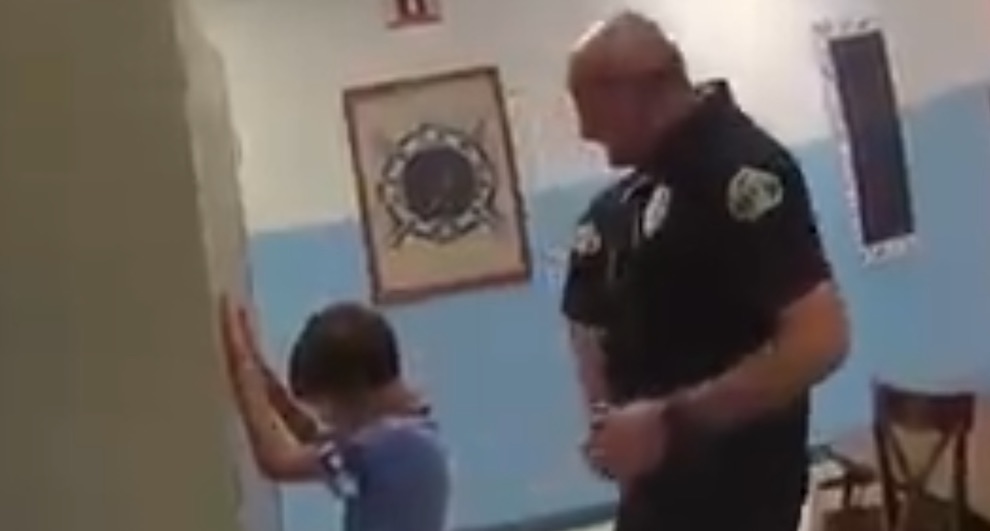 I’m sure all of us have encountered really naughty little kids that we don’t seem to have any way to control at some point in our lives, but I don’t think that the way to deal with that is to whack them in handcuffs and tell them they’re going to prison, especially when they’re barely eight years old and have special needs as well.

Over in Florida, this seems like how they do things though and to be honest that isn’t even that much of a surprise to me given recent events over there and how backward things are in Florida just in general. The video comes from two years ago at an elementary school in Miami where the kid had just attacked a teacher.

Whilst that is some grounds for concern and punishment, I don’t think that the cops needed to handcuff him, frisk him for weapons and then tell him that he was going to an adult jail. The cuffs don’t even fit on his wrists and fall off FFS and this behaviour from them is all the worse when you consider that he has special needs and genuinely might not understand how his actions are affecting others.

What the hell is wrong with some people?

Unbelievable!! @KWPOLICE used “scared straight” tactics on 8yo boy with special needs. He’s 3.5 ft tall and 64 lbs, but they thought it was appropriate to handcuff and transport him to an adult prison for processing!! He was so small the cuffs fell off his wrists! pic.twitter.com/iSTlXdKas6

Needless to say, the parents are suing the police department (‘Murica) and Ben Crump is the attorney that is  representing the kid. It looks like they’re actually going to be heading to court on this one, as the police are claiming that the officers followed standard operating procedures during the incident. Jesus that’s going to be a bloodbath.