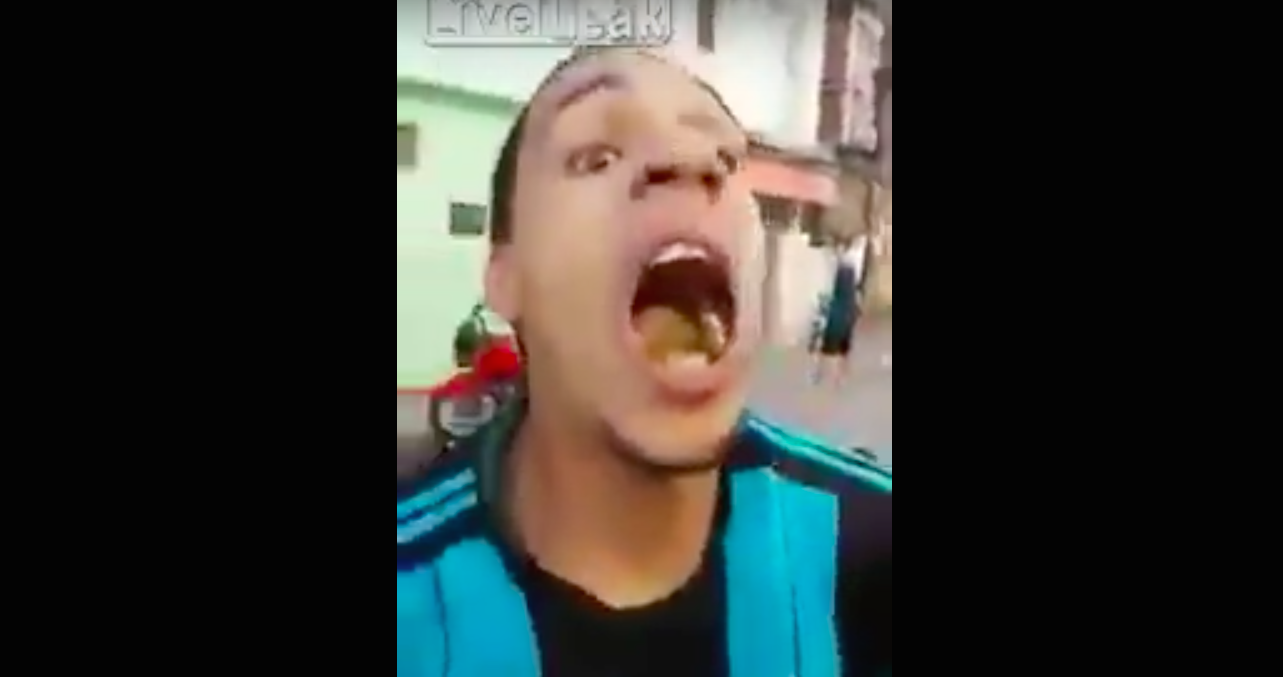 I’d like to start this video by apologising for what you are about to witness. It is as repugnant as you’d imagine, but let’s all face it – you clicked on the link, so you’re going to watch it out of pure fascination. That’s why we’re here, right?

Anyway, back to the video. There’s not a lot of information on who this guy is and where it was filmed, but what we do know is that it involves a drug addict eating a literal chunk of shit in exchange for money. Grim.

Wow that guy must be in a really awful situation to go through with that. The weird thing is, he holds it together pretty well considering he’s literally chewing on a piece of dog shit. OK, so he does spew a bit at the end, but he does it. I hope for his sake that the guys gave him the money. You’d need a fix after that.

For more of the same, here are five truly shocking, dark and messed up facts about the makers of ‘Bumfights’.