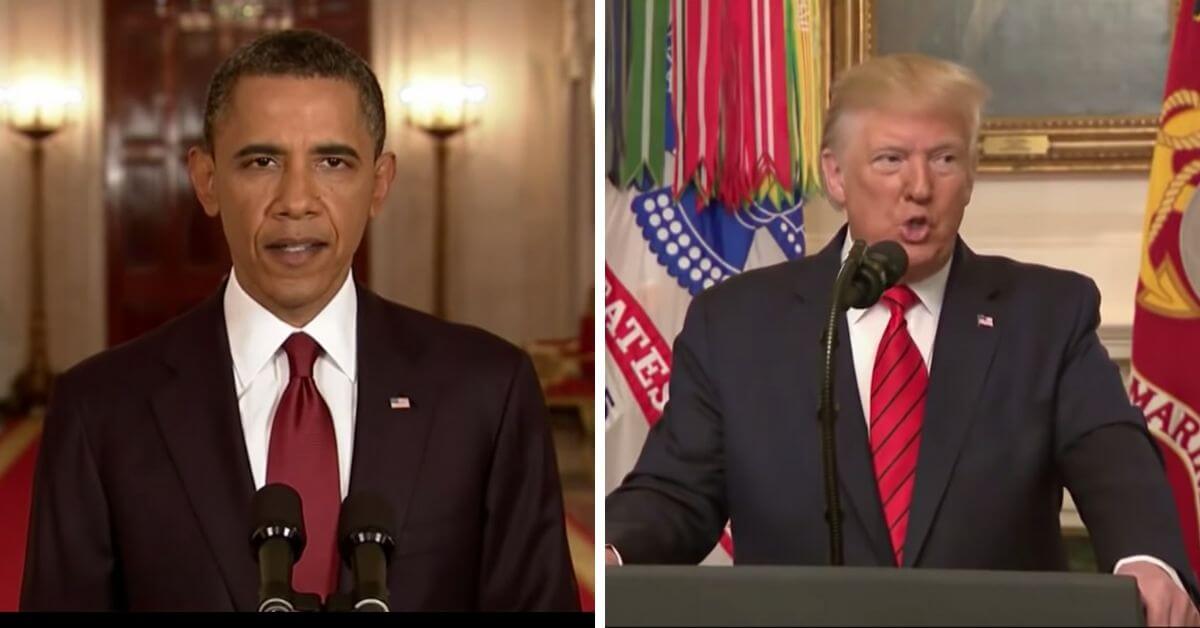 Donald Trump announced over the weekend that the US had succeeding in killing ISIS terrorist leader Abu Bakr al-Baghdadi in a move that was probably unexpected to most people out there as he never really had the same profile as Osama bin Laden and I didn’t even know the US was actively hunting him.

Anyway, talk quickly turned to how different Obama’s speech announcing the death of bin Laden had been in comparison to Trump’s one detailing the death of al-Baghdadi because well you can probably imagine why because Trump is an idiot. There’s a blow by blow account of the two speeches side by side from the Washington Post, but the Jimmy Kimmel version is way funnier so you might as well just watch that unless you’re super serious and studying for a politics degree or something.

We mashed up @BarackObama’s Bin Laden speech with @RealDonaldTrump’s al-Baghdadi speech, and the results are amazing pic.twitter.com/Z8yfxSYWLd

I mean yeah, you kinda think that Trump’s speech is something from a sitcom the way it’s delivered side by side with Obama’s, but unfortunately the last three or four years have kinda desensitised us to just how much of an idiot Donald Trump is so when he was talking over the weekend it didn’t even seem that bad. Hopefully we’ve only got one more year of this shit.

For more of the same, check out Trump fist bumping the Queen. Idiot.