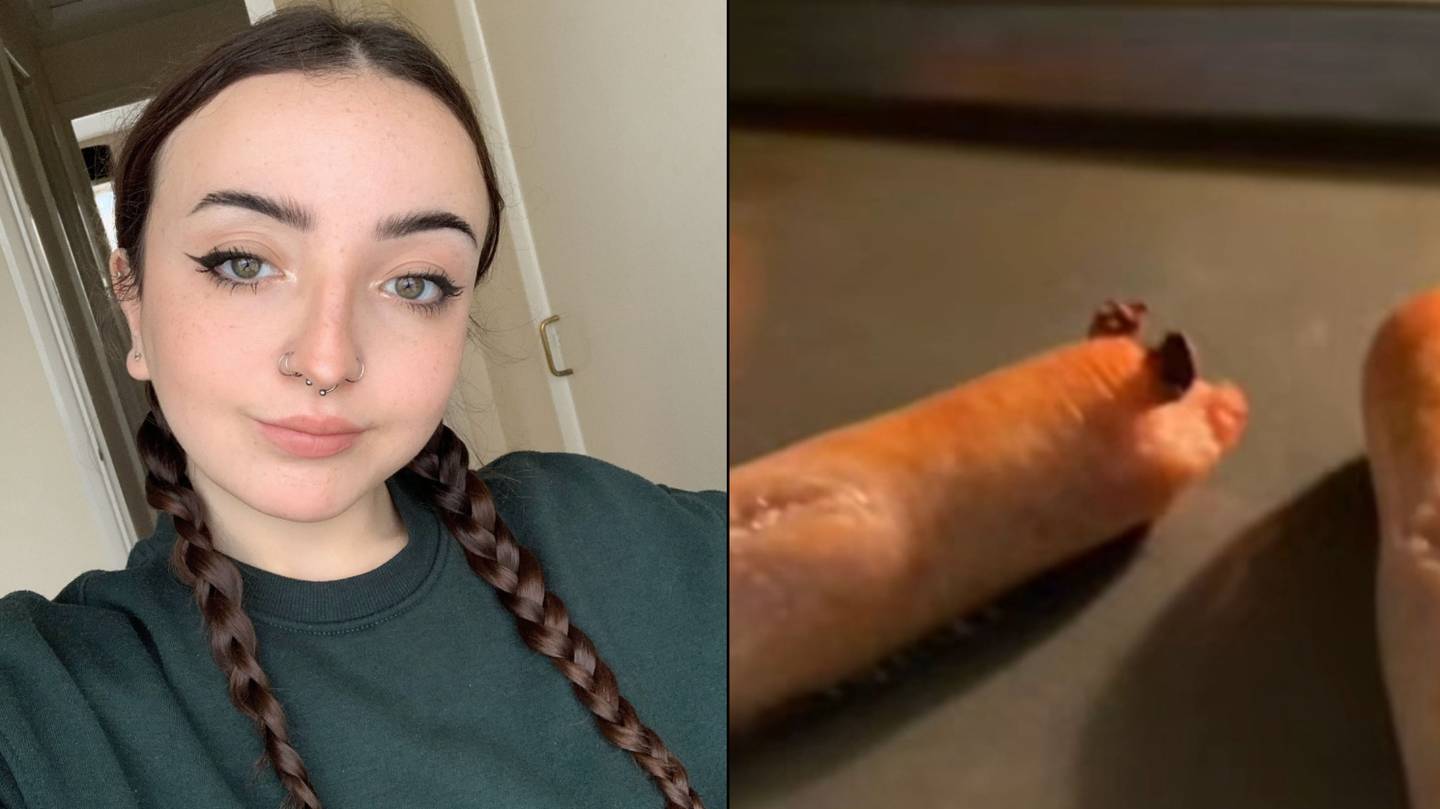 Cry me a river.

Everyone loves a good story about a vegetarian or a vegan going absolutely feral over something fairly ordinary and this one is no exception.

21 year old Chrissie Anker usually follows a meat free diet with her 25 year old boyfriend Joe Williams and their daughter, but she decided to cook sausages for the pair as a special treat. Unfortunately though she was left traumatised by the fact that one of them had a couple of bits on the end of it that made it look like an actual pig with a snout and ears. What a terrible situation for her to find herself in!

Here’s what she had to say about the incident: 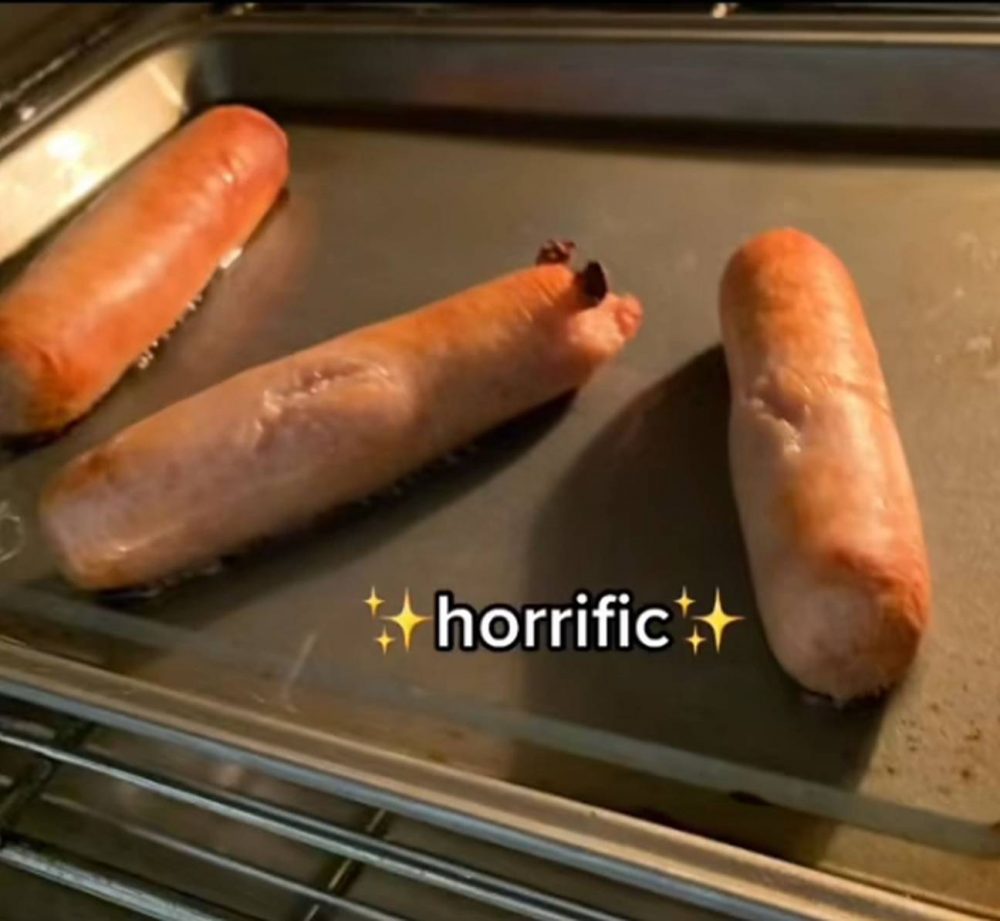 I usually cook vegetarian food for him and our daughter every night.

I thought I’d give him something different because I felt bad, it’s a rare treat in our house.

I noticed what looked like ears. I was telling Joe then when I opened the door, it looked like it had a snout as well.

It’s not something I expected.

I decided to give him some meat and when I looked in the oven while they were cooking, it looked like a pig.

When I’m cooking meat, I usually get quite stressed that it’s not going to be cooked properly so I check on it a lot.

I’d always wanted to be vegetarian. I just really like animals and I’ve not really ever been that bothered about meat.

Joe thought it was really funny as well. I asked him if he was going to still eat it because it looked like an actual pig – he still did.

I just thought it was quite funny so I just posted it, but I wasn’t expecting so many people to see it.

Loads of people were saying it’s really gross and others said they were meat eaters but this made them not want to eat sausages again.

OK 1) great banter there from Joe and 2) shut up Chrissy it 100% did not happen that you posted that picture up on social media and people said that they weren’t going to eat meat again because it was so disgusting. Just would not happen, come on now. So unrealistic and stupid – who is she trying to fool here?

Anyway, whilst I respect the ideas behind vegetarianism, I’ve gotta admit that when they act like this it’s actively makes me not want to get involved with the movement. Why do they have to be so obnoxious and annoying? Not doing anyone any favours with posts like this.

For more of the same, check out this vegan who said he couldn’t ejaculate because of his diet. Useful.