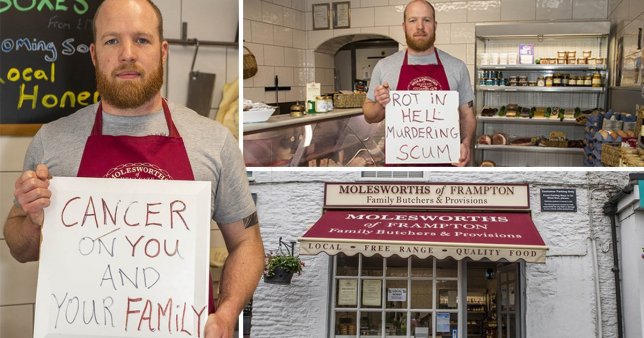 Probably a bit too far.

Whilst I don’t think I’ll ever be a fully fledged vegan myself, I certainly respect their ethics and desire to live cruelty free existences. But I’ve got no respect for those who have adopted the lifestyle and decide to act like the people in this article.

35 year old butcher Nick Rapps from Frampton Cotterell in South Gloucestershire has revealed that vegans left signs outside the Molesworths Family Butchers wishing cancer upon him at the weekend before a big animal rights protest in Bristol, but says that he’s not going to let their comments get to him. Speaking to The Metro, he said the following: 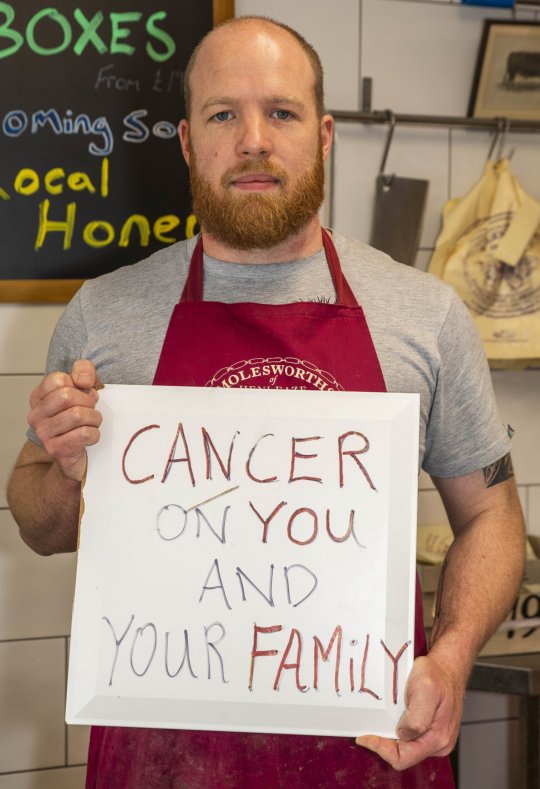 I can’t get upset, because that is exactly what they want.

The funny thing is, out of all the people they could have targeted, I’m probably the one person who is most sympathetic to that lifestyle.

I’ve always worked in places where the meat has been ethically-sourced – it’s not at all mass-produced.

If these people want to have a conversation with me about that side of things, I’m actually a very understanding person.

What did turn my stomach a bit was the cancer sign. I’ve got quite a young family, so that was a bit much.

The thought process just isn’t there. They’ve obviously just written the most offensive thing they could, just to get a reaction.

But whatever it was intended to do, it has done the opposite.

I mean that’s a pretty mature response to the situation, although I have to ask if he’s really that OK with it considering he’s gone to the media about it. Surely if he was really that chill with it and sympathetic to them then he would have just left it?

Either way, I think it’s pretty sickening that these vegans are targeting this dude for no real reason and saying those horrific things to him. Not really doing anything to push the movement forward – do they really think that he’s suddenly gonna stop being a butcher because they wish cancer on him and his family? Come on guys.

For more of the same, check out this former vegan revealing that he ejaculated for the first time in months after eating meat again. Weird.