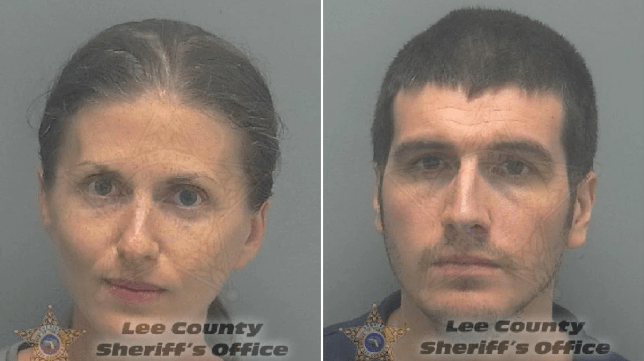 There have been a whole bunch stories over the years about vegan parents forcing their children to adhere to their diets and ending up killing them down to malnourishment and guess what? Here’s another one.

This time we’e in Cape Coral, Florida where Ryan and Sheila O’Leary were arrested last month after the death of their 18 month old after the only fed him raw fruit and vegetables. The toddler weighed only 17 pounds, which is the average weight of a seven month old baby.

Following an autopsy, it was found that the toddler had died after suffering complications related to malnutrition, including dehydration, microsteatosis of liver and swelling of hands, feet and legs. Police also noted that the O’Leary’s other children – aged 3 and 5 – were pale and yellowish in colour, had blackened teeth and were severely underweight.  This was attributed to their strict vegan diet that was enforced by their parents.

The parents voluntarily turned themselves in after they realised what had happened and have now been charged with aggravated negligent manslaughter and are being held in jail until their arraignment on December 9. It probably isn’t going to go down too well for them.

I really hope I don’t have to write another one of these but it seems inevitable I will. If you insist that your newborn child has to have a vegan diet then make sure that you’re also giving them the right vitamin supplements or whatever they need and are working with a nutritionist/doctors to make sure that they don’t end up dead like this one. It’s happening all the time so don’t think that you’re smarter or better.

For more of the same, check out these vegan parents who were forced to give up their baby for adoption. It happens.