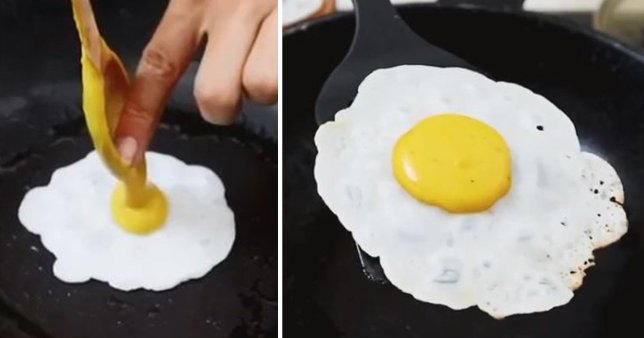 It’s well known that the vegan revolution is gathering pace almost every single day, but it still seems like there are some animal products that will never ever be replicated by our herbivore friends.

I thought one of those was a fried egg with a runny yolk, but it turns out that someone named Elsa’s Wholesome Life has figured out exactly how to make one of these from scratch, using a lot of fairly accessible and easy to obtain ingredients. Well, maybe not the Vegemite but there you can probably use some kind of substitute lie Bovril without too much fuss.

Here’s a video on how to make it, as well as the recipe below:

I mean it certainly looks like a runny fried egg – and given how easy it can be to mess those up you could probably get away with it as well. Obviously the main sticking point here is how it tastes though, so we gotta try that before banging on about it, but it’s certainly worth a go isn’t it? Let us know how you fare.

For more vegan recipes, check out this woman getting vegan tattooed on her forehead. Idiot.