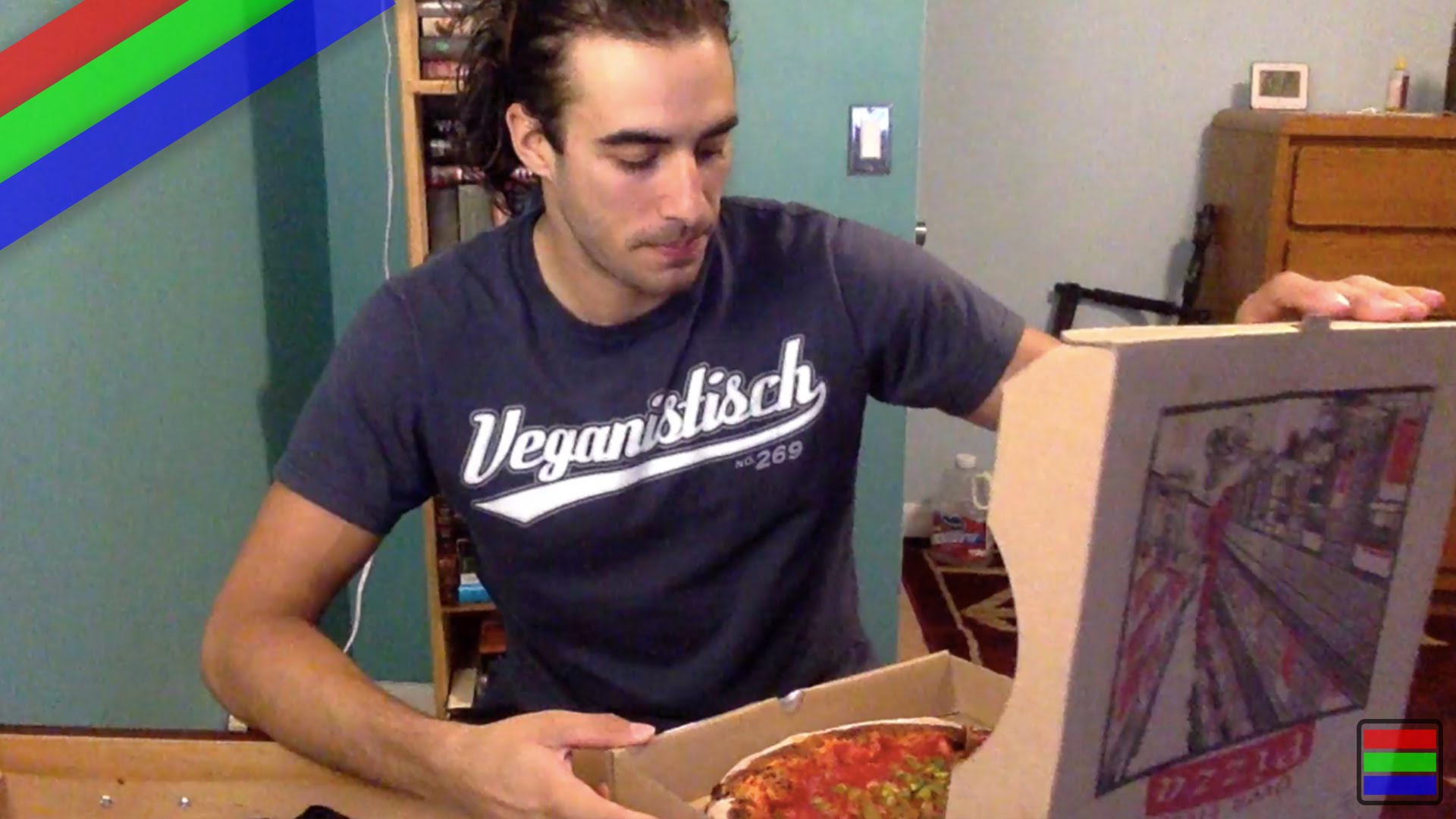 YouTube ‘Powsimian’ is a hardcore vegan who dedicates much of his life to fighting the “animal holocaust” (his words).

Nothing wrong with that of course, but it’s still pretty amusing watching him freak out after he realised he was eating a real cheese pizza during this live-stream.

Forward it to around 16:00 if the video doesn’t automatically do it:

Sorry dude, but if you’re going to insist on being a militant vegan then you’ve got to order from actual vegan places. A serious vegan doesn’t just call up a regular pizza place and ask them to prepare a vegan pizza and expect them to get it right. As if the migrants in the kitchen working on minimum wage give a fuck whether your pizza has animal products in it. You get what you pay for – lesson learned.

P.S. Need another reason to hate this guy? He’s a fucking cyclist too:

To be fair to the guy – here are 3 pro-vegetarian arguments that not even we can argue with.