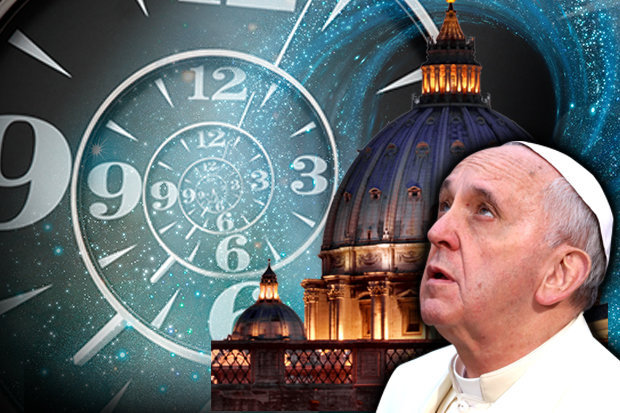 It’s always been suspected that there was a lot of stuff going on behind the scenes at the Vatican within the Catholic church, but I’m sure most people probably thought this was something to do with paedophilia rather than time travel.

In the wake of last week’s CIA revelations courtesy of WikiLeaks, author and self-professed time travel expert Alfred Lambremont Webre is claiming that the Vatican have been in possession of time travel technology since the 60s, and they’ve sold this to the CIA to allow them to pursue their agenda:

This leaked WikiLeaks information does not include the secret programs that permit humans to travel backwards and forwards in time.

Quantum Access are deep secrets of the sort that WikiLeaks has not to date chosen to access and reveal.

The Vatican holds a ‘time seer’ machine that allows users to access the traces left from past events and view scenes from history.

It’s called a chronovisor and lets its users step into history by viewing events from the past, although they’re not actually present in them themselves.

The Vatican has kept tight control over the machine, allowing only access to loyal states. Following the Second World War, the Vatican helped found the CIA, which is actually the Jesuit secret service.

What the Vatican did is they subcontracted the technology and gave it to the US Pentagon and CIA starting in the late 1960s. 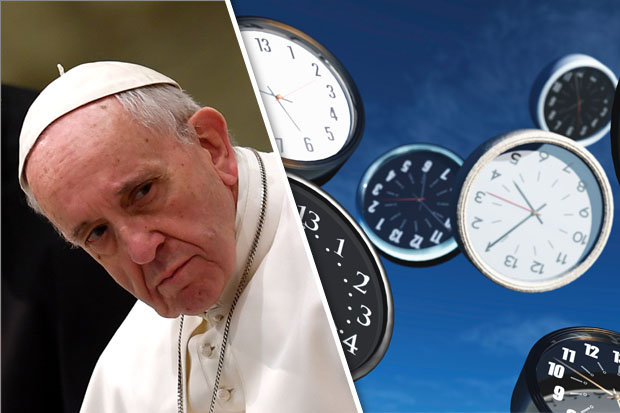 The CIA immediately saw they could use it for political purposes.

They set up a programme in the late 1960s to gain knowledge about the political future.

The future President of the USA is revealed to the CIA and they immediately start grooming this person so that they will represent the interests of the American empire, regardless of whether they sit on the political left or right.

The British government are also likely to be involved.

At the secret Treaty of Verona, all European crowns bowed to the Vatican.

This comes up to the present.

MI5 and MI6 and the CIA are really creatures of the Vatican secret service going back centuries.

Well, that’s quite a lot to take in isn’t it? Not really sure if it’s true at all, or if WikiLeaks are ever actually going to release that information either, but it’s one hell of a story.

Unfortunately it seems like Webre is a bit of a nutjob himself too so I’m not sure if we can actually take him seriously. Despite the fact that he graduated from Yale University, he’s been banned from Facebook and Wikipedia for his controversial theories, so I doubt we can take anything he says too seriously. Or is that just members of the Illuminati trying to shut him down? You never know…

For more time travel, check out this bizarre theory that reckons Donald Trump is a time traveler from 2036. Could be legit too… could be.