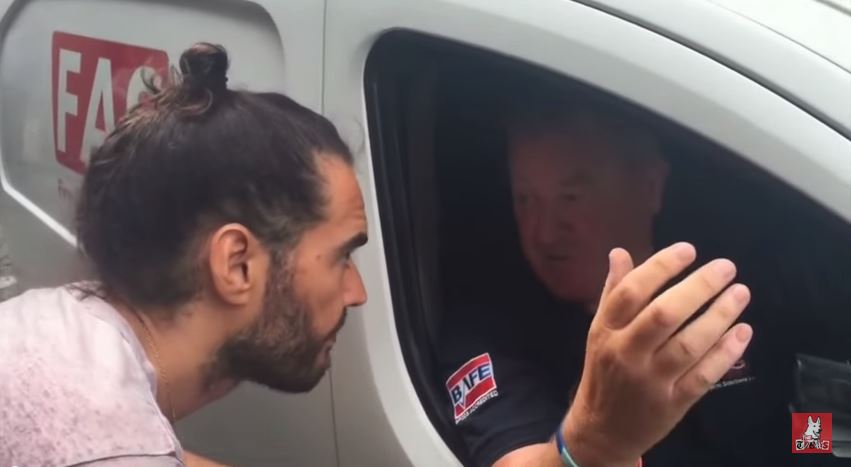 Is Russell Brand in the right here?

Some thought Russell Brand made a solid point last week when he branded the one minute silence held for victims of the Tunisia beach massacre “bullshit”, citing the hypocrisy of the UK government for sanctioning the silence while at the same time making it possible for the Tunisian terrorists to get their hands on lethal weaponry.

Others thought he was being massively insensitive, and that the victims should be honoured via a minute’s silence regardless.

In what must’ve been an “oh shit” moment, a van driver named Rob who lost two friends that day spotted Brand on the street and decided to ask him to further explain his comments:

I think he styled that one out pretty well. Arguably his only real mistake was making those comments in the manner he made them on the DAY the actual silence was held. What he’s saying about the government funding terrorists and then weeping for their victims is spot on though.

Fair play – the guy always has a comeback for anything.