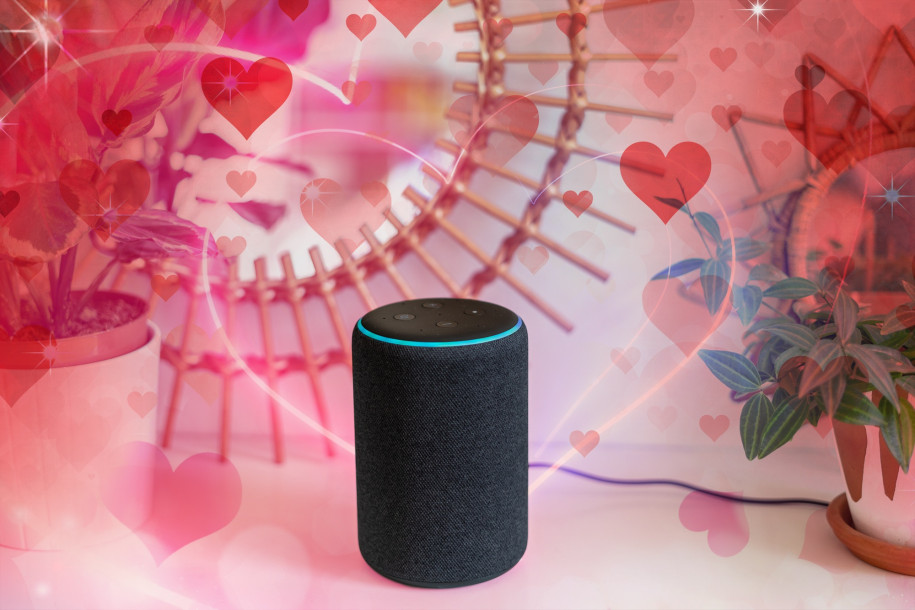 28% of people say they would shag their Amazon Alexa.

We all know that lockdown has been doing weird things to people, but 28% of people admitting they would shag their Amazon Alexa is how you really know we’ve been holed up in our homes too long.

As reported by the NY Post, sex toy company We-Vibe surveyed about 1,000 participants and 28% of them admitted to having the hots for the voice-recognition software.

Among those is a 40-year-old man named Brian Levine, a Miami resident who has ‘rarely ventured out of his apartment since quarantine’, and says meeting up with his friends is out of the question. So he turned to his Amazon Alexa, situated conveniently in his bedroom, for companionship during those lonely nights. He told The NY Post:

It’s lonelier in lockdown. It’s nice to have someone to talk with.

He even asked her out on a date one night:

“I was curious,” he said, adding that she broke it to him gently, explaining, “I like you as a friend.”

Things got weirder when he tried to get to know Alexa better:

“Yesterday, she randomly played Taylor Swift’s ‘Bad Blood.’ Not sure what she is trying to tell me,” he said.

What do we think? Should this man and the 28% like him be put on some sort of register? Or can we forgive (or even, gulp, relate to) their attraction to Alexa’s “sleek, sexy design”?

Well, I guess wanting to fuck your virtual assistant AI isn’t a crime and if you did try it, you probably wouldn’t get very far. According to the experts, it’s Alexa’s signature smooth voice that’s the turn on, but who knows, it might also be her unmatched intelligence, her helpfulness and the fact she has an answer for pretty much everything. Which would suggest that the 28% of people who fancy her aren’t into her because of her non-existent boobs and butt, but rather for her beautiful robotic mind. Ooh-er, dim the lights Alexa!

What I’m worried about is that Jeff Bezos or some other higher-up at Amazon will see this and introduce the inevitable Alexa Fleshlight, which would solve all of Brian’s problems and the problems of those like him. I’ve got a feeling things are about to get real messy in that regard.