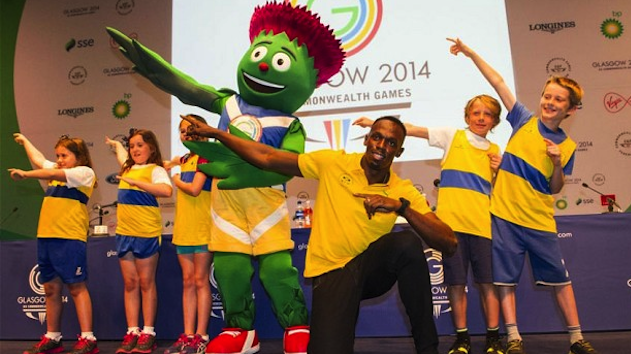 Can’t say we blame him.

Usain Bolt has reportedly called the Commonwealth Games ‘a bit shit’ to The Times whilst being spoken to waiting for a taxi in the pouring rain in Glasgow. He also told them that he wasn’t really having fun in Scotland either.

To be fair, who can blame him? The Commonwealth Games have always been the Olympics much smaller sister and even though there’s quite a lot of coverage of them on TV nobody is really talking about them like they were the Olympics two years ago. The fact that big stars like Jess Ennis, Mo Farah and Mark Cavendish aren’t bothering to compete with them, and that Glasgow was allegedly chosen as the host city because nowhere else wanted to do it speaks for itself really.

Usain Bolt is only competing really because he’s been carrying a foot injury most of the year and wants to get some competitive races under his belt to get back to fitness. He snubbed the 2010 games in Delhi and didn’t compete in 2006 because of an injury.

Predictably Bolt has denied making the comments offering the tweet you can see below and his manager Ricky Simms also offered the following statement: ‘These reports are utter rubbish. The atmosphere in and around the stadiums has been absolutely fantastic and I have absolutely no idea where these quotes have come from.’

I’m waking up to this nonsense..journalist please don’t create lies to make headlines

Everyone knows if you deny everything it eventually goes away though, and given the (lack of) profile of the games and Usain Bolt’s character, it seems likely that he probably did say that. And who could blame him? I mean it’s not like he can dagger girls like a maniac in Glasgow really is it?