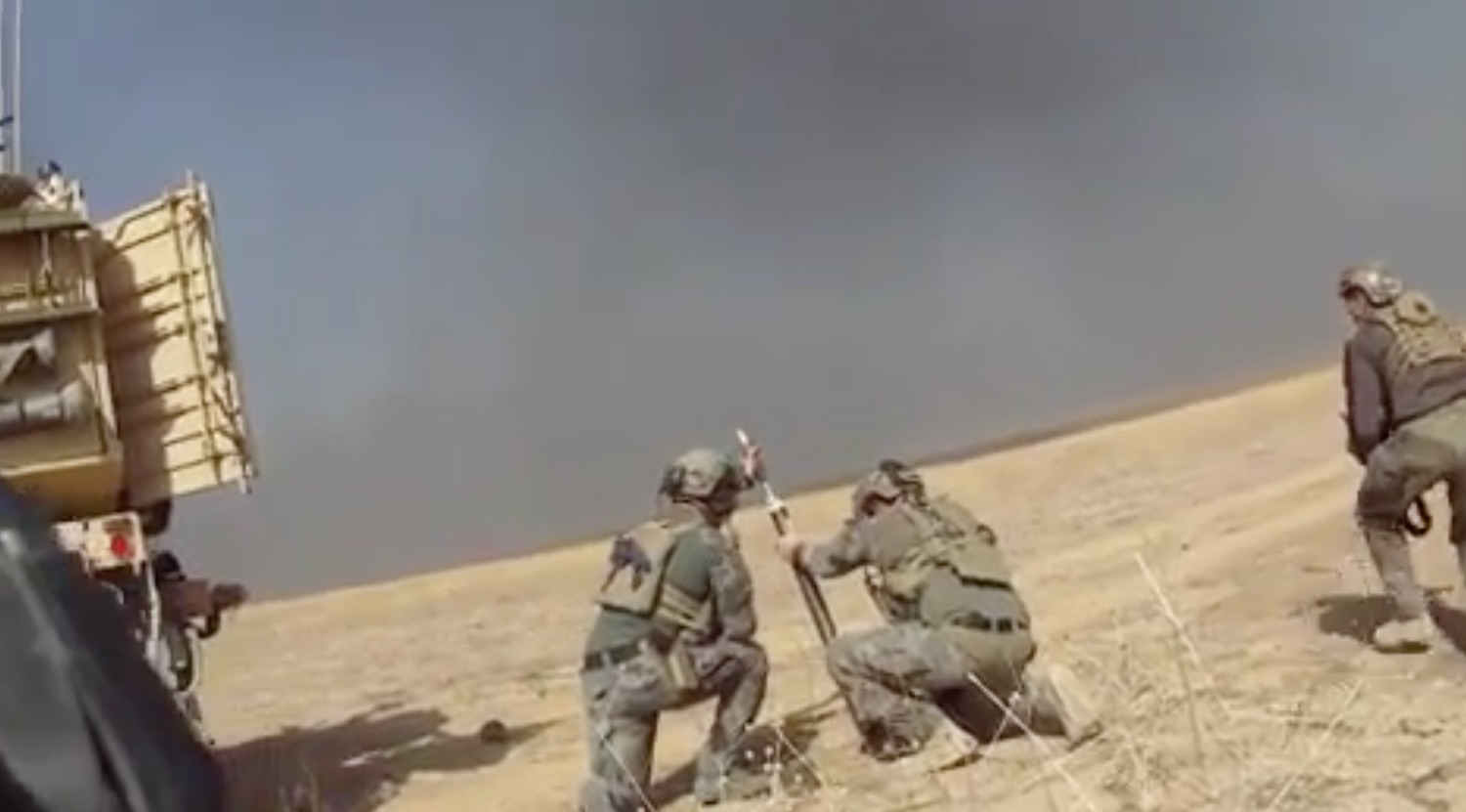 You wouldn’t want to be on the receiving end of this.

The battle for Mosul is hopefully reaching its conclusion over the next coming months, but for now it rages on and judging by the footage that is constantly being released, it does honestly look like ISIS are getting battered.

The video below was posted on LiveLeak yesterday and shows some US forces completely merking ISIS with an automatic grenade launcher. Here’s what the guy who took the video had to say about it:

Throwback to October, 2016. US special forces engaging Islamic State fighters outside Mosul. These guys were embedded with us during the initial phase of the Mosul operation, and trust me when I say this, guys… they kicked ass! Most of the action happened during nighttime, but we had some fun during the days as well.

When the guy in the beginning of the video was preparing his 40 mm automatic grenade launcher and yelled “Say hello to my little friend!” in a Tony Montana voice before sending burst after burst towards the enemy shooting at us… one of the happiest moments in my life.

Thanks, guys, you saved lives out there. #peshmerga #marsoc #mosul

Wow. I know you can’t exactly see if those grenades are landing anywhere, but the fact that they’re so rapid is probably enough to know that they caused some serious damage to ISIS troops. I mean they had to land somewhere and I imagine the US troops knew what they were doing, don’t you?

The guy who took the video sounds like a total douche though, am I right?

For more videos of ISIS getting beaten up, watch one of their own suicide bombers blow themselves up by accident. Fools.