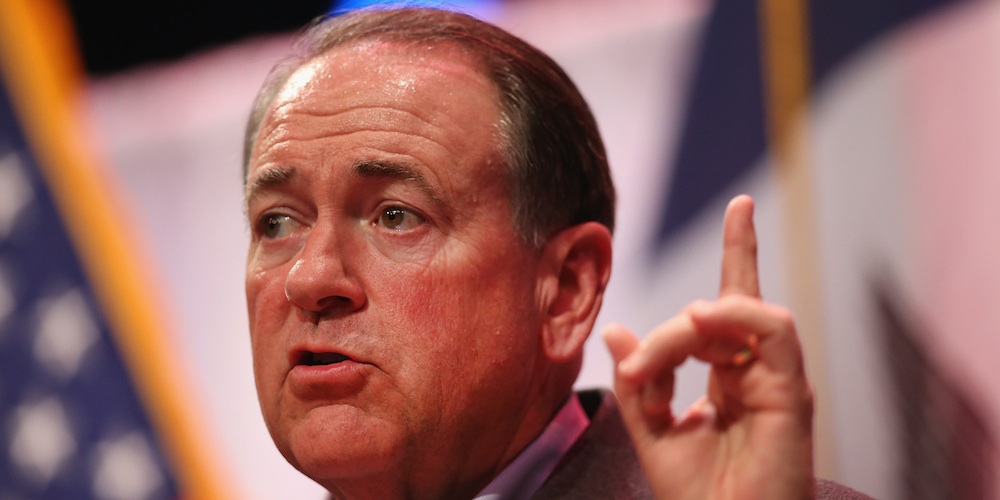 Way to completely misunderstand the issue.

Following Caitlyn Jenner’s amazing Vanity Fair cover on Monday, the transgender issue has been blown into the limelight yet again and someone has taken the opportunity to dig up this footage of US Republican Presidential hopeful Mike Huckabee displaying his complete and utter misunderstanding of the word.

The footage comes from the former Arkansas governor’s speech at the 2015 National Religious Broadcasters Convention in Nashville earlier this year. Huckabee pretty much says that he wishes he was transgender when he was at school so that he could have taken showers with girls so he could check them out, which pretty much implies that everyone who identifies as transgender is a pervert. I hope you don’t need me to tell you that that is so mind numbingly ignorant that it beggars belief.

Then you realise that we’re at a Republican religious convention and it makes sense why someone is making comments like that. In fairness though, the audience doesn’t even laugh that much even though you could tell Huckabee thought that he was going to bring the house down with it. I guess that’s some indication that attitudes might finally be changing, even amongst those who you wouldn’t expect to have any understanding or sympathy in the matter.

Either that or they just didn’t understand the ‘joke’, which is also definitely possible.