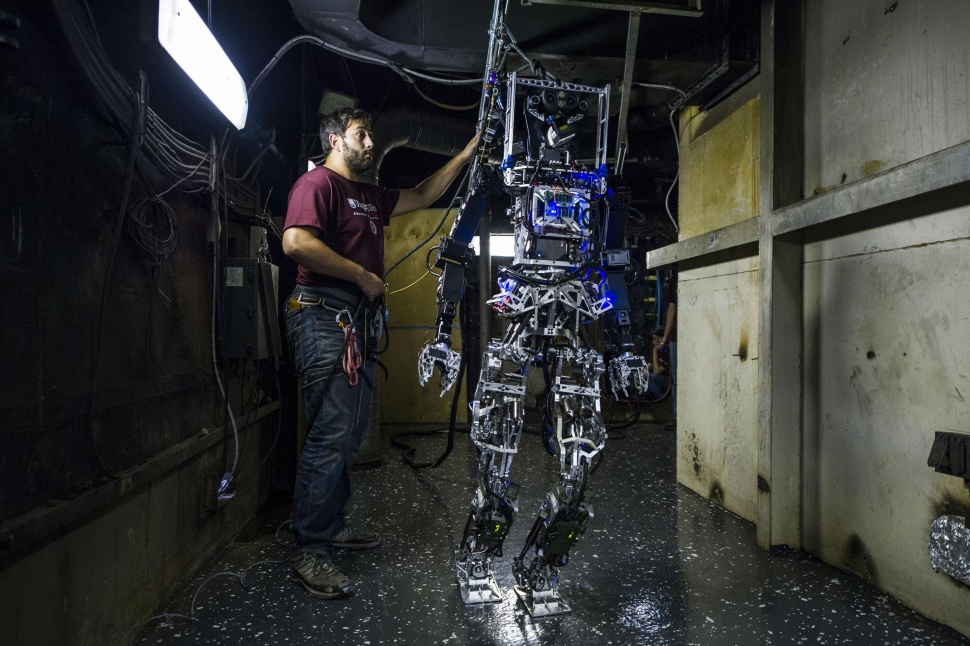 One step away from Skynet taking over the world.

Shipboard Autonomous Firefighting Robot-  SAFFiR for short – is a robot that the United States Navy has created in order to fight fires on its ships. The only problem with it is that it looks exactly like The Terminator and would scare the crap out of anyone that has seen any of those movies, so pretty much anyone in the world over the age of 15. If it does its job though and doesn’t become sentient then it might be one of the inventions of the year – certainly better than this toaster that allows you to have your own selfie on your toast anyway, that’s for sure.

It uses thermal imaging – again kind of like The Terminator – to detect if any of the equipment inside Navy vessels is overheating and it’s also equipped with infrared stereovision and a rotating laser allowing it to effectively see through dense smoke when below decks. SAFFiR also has the capacity to navigate uneven surfaces, which may be a problem when it’s wading into areas affected by fire. It then uses a small hose to extinguish any fires or cool down any equipment which is in danger of overheating.

The robot is capable of handling itself autonomously (if that isn’t enough to set the alarm bells going I don’t know what is) but it will usually be joined by a human handler who will supervise and guide it through any situations it finds itself in, whilst also keeping out of harm’s way themselves. SAFFiR stands at five foot ten inches and weighs 143 pounds, which probably means it can take you in a fight if it ever comes down to it.

We set out to build and demonstrate a humanoid capable of mobility aboard a ship, manipulating doors and fire hoses, and equipped with sensors to see and navigate through smoke.

The long-term goal is to keep sailors from the danger of direct exposure to fire. We’re working toward human-robot teams. It’s what we call the hybrid force: humans and robots working together.

Let’s just hope they actually stay working together and this doesn’t turn out to be a remarkably misinformed idea, like pretty much every film that has ever featured robots in it ever.