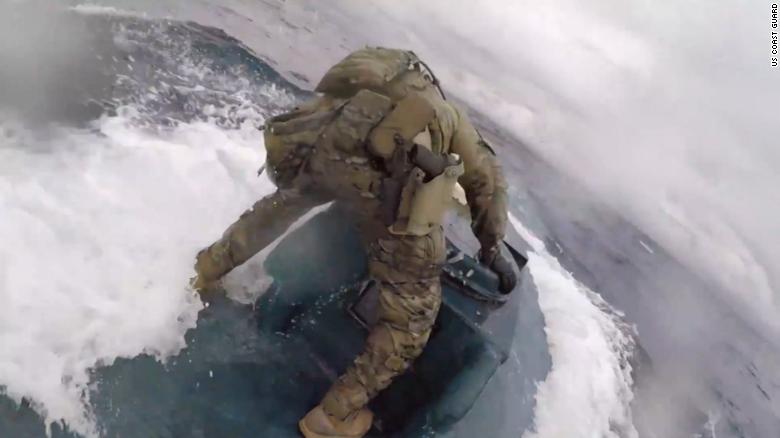 The US Coast Guard released a killer video this week showing how their crew intercepted a fast-moving narco-submarine on the East Pacific Ocean, netting more than 17,000 pounds of cocaine in the process.

I know that sounds like a terrible shame but the video is cool AF. I mean this guy is as close to Jason Bourne as you’re going to get IRL:

What an absolute badass. You probably couldn’t hop into a canoe without shitting your pants and here’s this guy leaping onto a speeding drug-smuggling submarine and having everyone on board give themselves up in terror.

The US Coast Guard released this statement alongside the video:

Sounds like another day at the office for them. Not gonna lie though, it would have been pretty cool if he dropped a couple of grenades in there, closed the lid and just drove off. Maybe next time?

To read MI5’s job specification for new spies, click HERE. Have you got what it takes?