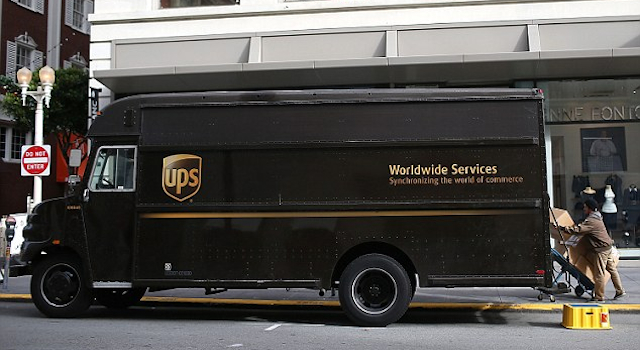 This guy got completely and utterly busted and is probably going to lose his job.

If you’re using your lunch hour to have sex with hookers in the back of a company vehicle, then the last thing you want to happen is for the hooker to take a selfie of the incident and then post it on the internet. 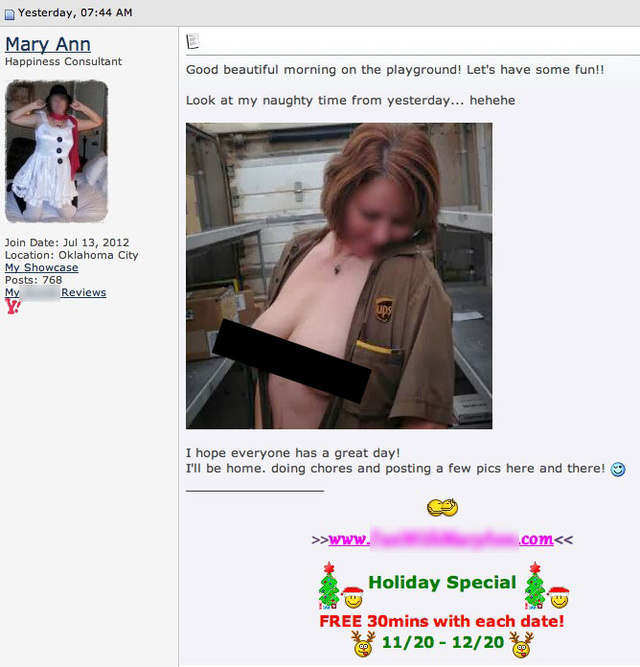 Tiffany was identified by a website called JohnTV.com which is an Oklahoma based site which attempts to expose prostitution in the state. They say that Tiffany has much more explicit pictures of the incident on her private members only website, which can’t be good news for that UPS driver. UPS says that it’s conducting a full investigation into the incident and that the driver will most likely be terminated. I guess the lesson is that if you’re gonna break the rules then make sure you don’t get caught. 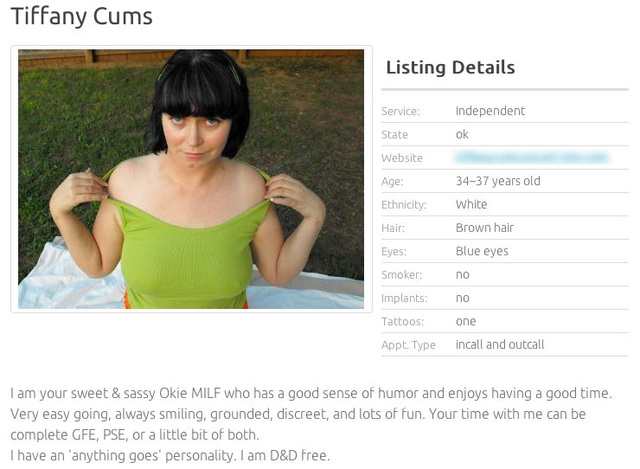