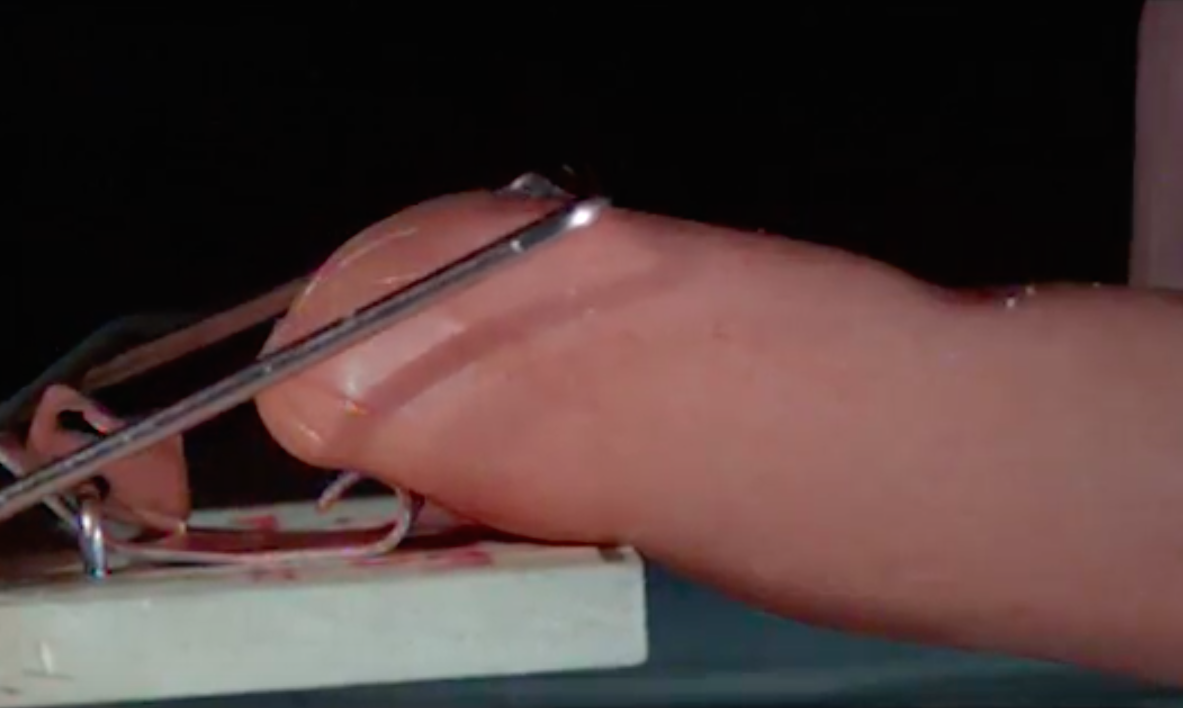 …only kidding. Who the hell would be THAT sadistic? It’s just a hot dog.

Bet you thought that was some poor dude’s manhood right? You would be forgiven to make that mistake. This video actually comes from ‘Warped Perception’. Here’s what they had to say:

This is a Hot Dog in a Mouse Trap in Ultra Slow Motion, its a funny but amazing Slow Motion video of sorts because we always wondered how a mouse trap works exactly but it happens so fast, this is the slowest clip ever filmed of a mouse trap at work, we never thought it would look as cool as this, hope you enjoy!

It is weirdly satisfying to watch a hot dog get sliced in two by a mouse trap, a bit like those 1000 degree knife videos. Much better than watching David Cameron try to eat one with a knife and fork. Weirdo.