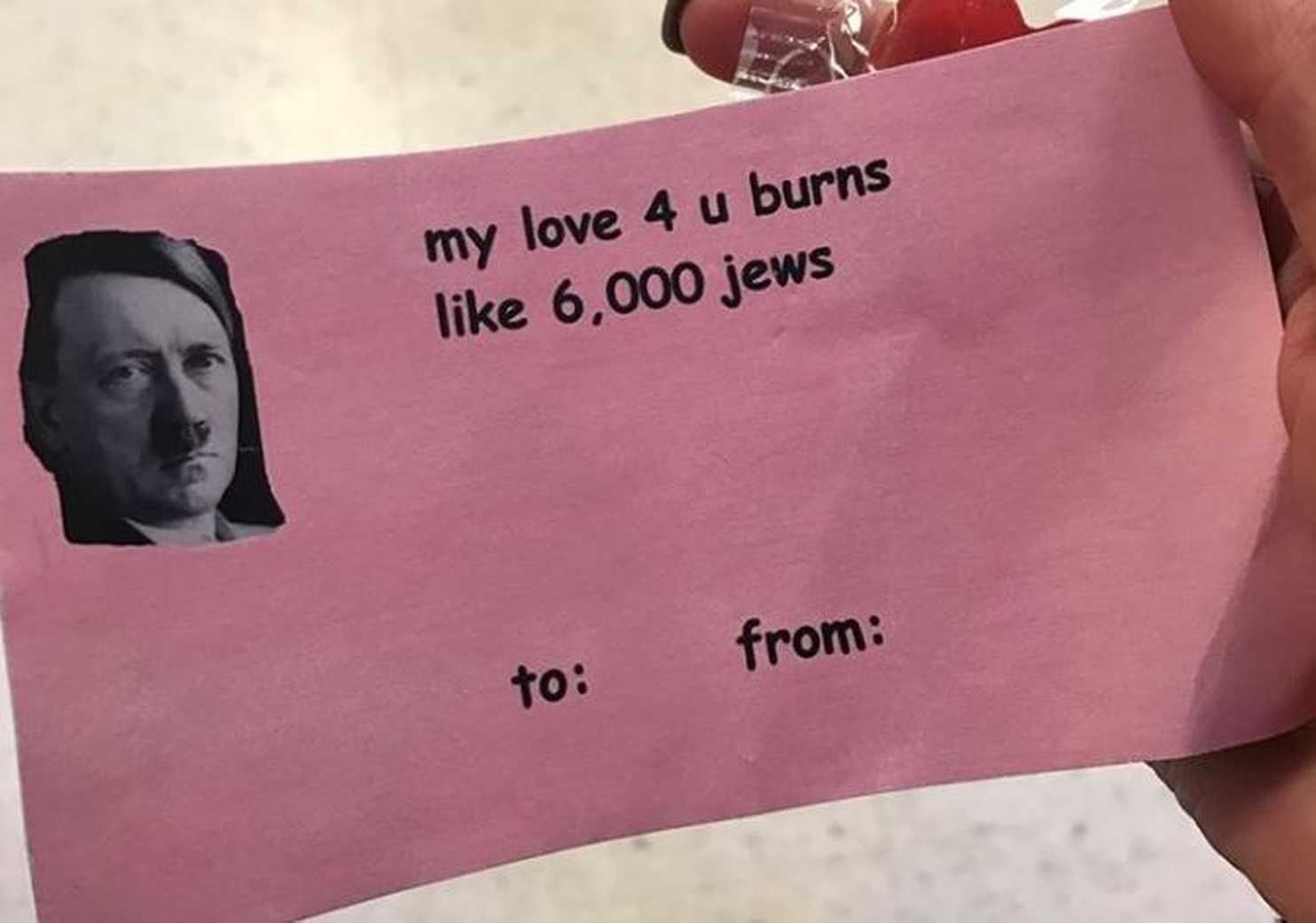 Valentine’s Day is coming up tomorrow and hopefully if you’re lucky enough to have a significant other than you’ve got everything planned out with them, but if not then maybe don’t try what the person in this story went with.

Several students at Central Michigan University in Cincinnati were attending a College Republican meeting on Wednesday night when they received a bag with several goodies in it. One of these was a Valentine’s Day card that bore the message ‘My love burns 4 u like 6000 Jews’ alongside a picture of Adolf Hitler. It’s made even worse by the fact the card is written in Comic Sans. Ugh.

The @CMUniversity I love doesn't tolerate hate speech. This is not what being a Chippewa stands for. #WhyIResist pic.twitter.com/uIIR4pVbYf

Needless to say, that is completely and utterly inappropriate and should never really have happened except maybe at a Neo Nazi convention or the equivalent. The Republican College Students issued the following grovelly statement that doesn’t really expunge the blame too hard, but I suppose you can’t really legislate for the actions of one idiot in these situations:

At tonight’s College Republicans meeting, we had a Valentine’s Day party, in which each member decorated a bag and other members placed valentines inside of others’ bags. Unfortunately, a very inappropriate card was placed into a bag without other members’ knowledge. A bag was then given away to students sitting in Anspach [Hall], once again without members’ knowledge of its contents.

The College Republicans as an organization did not distribute this valentine. We in no way condone this type of rhetoric or anti-Semitism. We apologize for any offense and want students to know that we do not tolerate this sort of behaviour.

Yeah I suppose in those kinds of situations you don’t really expect someone to do something like that, and you probably don’t expect it to go viral and cause a shit tonne of outrage either. Unfortunately, people are probably going to associate that with CMU and the College Republicans forever now, unlucky.

Still no ideas for your Valentine’s Day cards? Maybe try these Donald Trump themed ones – grab ’em right in the pussy.