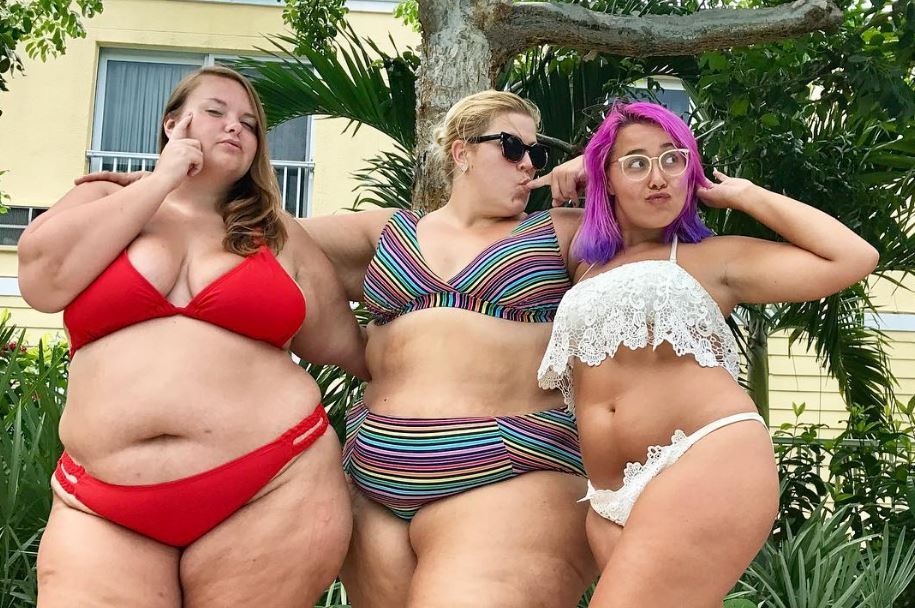 A uni over in Pennsylvania has taken down signs promoting exercise and a healthy lifestyle after concerns that they were “fat shaming” students.

According to Dickinson College’s student newspaper ‘The Dickinsonian’, admins took down signs around campus encouraging students to use the stairs if they wanted to keep fit: 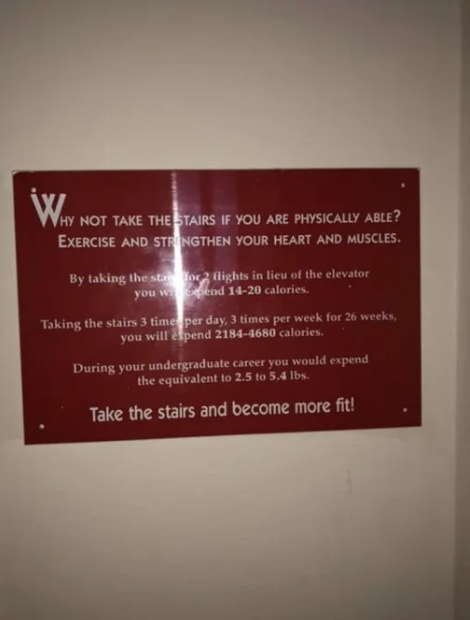 Sophomore Prabhleen Kaur was one student who was not happy with the signs:

I began to feel guilty every time I took the elevator.

She and other like-minded students decided to get the uni administration involved, and with the help of Amy Farrell, a Women’s, Gender, and Sexuality studies professor (of course), she got the signs taken down.

These signs were effectively fat shaming as they promoted weight loss as a positive thing.

It had a negative impact on campus to have a series of signs that glorified a dangerous narrative that feeds into eating disorders.

Unreal. I mean I don’t really care if someone wants to go through life as a fat ass or eat themselves to death, but to go to the effort of taking down signs promoting healthier lifestyles because the idea of being healthy is somehow oppressive or ‘triggering’ to them is outrageous.

No wonder America is one of the fattest nations on Earth when you’ve got so many people actively trying to suppress anything that promotes exercise. Although the UK isn’t too far behind, to be fair.