The University of Washington has had to take down its cheerleader tryout poster recently, after it came under fire for being misogynistic, sexist and racist. Triple whammy.

To be honest, normally these types of things are just people being way too over-sensitive, but this poster actually is like something out of the 1950s. It features a blonde girl with a load of advice under the title ‘Tryout Look’. It includes make-up dos, such as, “bronze beachy glow,” and don’ts including, “dark, smoky eyes.” There’s a tonne of very specific advice in there, including, “natural tan/spray tan,” for body dos. Erm, yeah, that sort of rules out a lot of ethnicities guys. 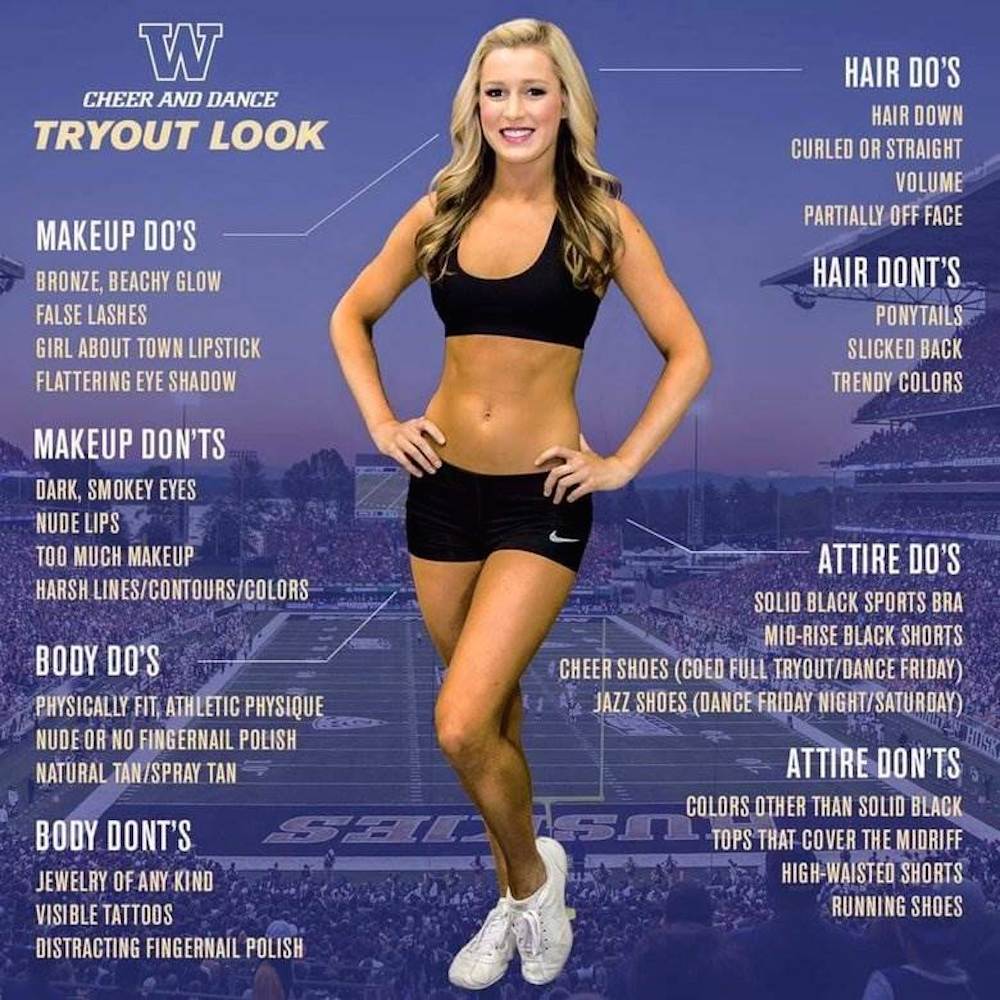 People are pretty pissed. University of Washington student and member of the student government, said:

I can’t believe this is real.

One of the first things that comes to mind is objectification and idealisation of Western beauty, which are values I would like to believe the university doesn’t want to perpetuate. As a student of colour who looks nothing like the student in the poster, this feels very exclusive.

And it’s not just the students who find it wrong:

Whoopsie. The university has since taken down the poster, although they haven’t made an official statement.

I think the reason people are getting so angry about this is because it whittles down any potential tryouts to a bunch of made up (but not too made up) blonde girls in skimpy outfits. Then again, that’s what cheerleading is so I don’t know why anyone is surprised. Cheerleading is a misogynist, sexist and discriminative sport – so maybe people should be pissed about that instead of the poster?

For more on cheerleaders, check out this girl who absolutely nails a back flip, until her ankle snaps in two (NSFL).