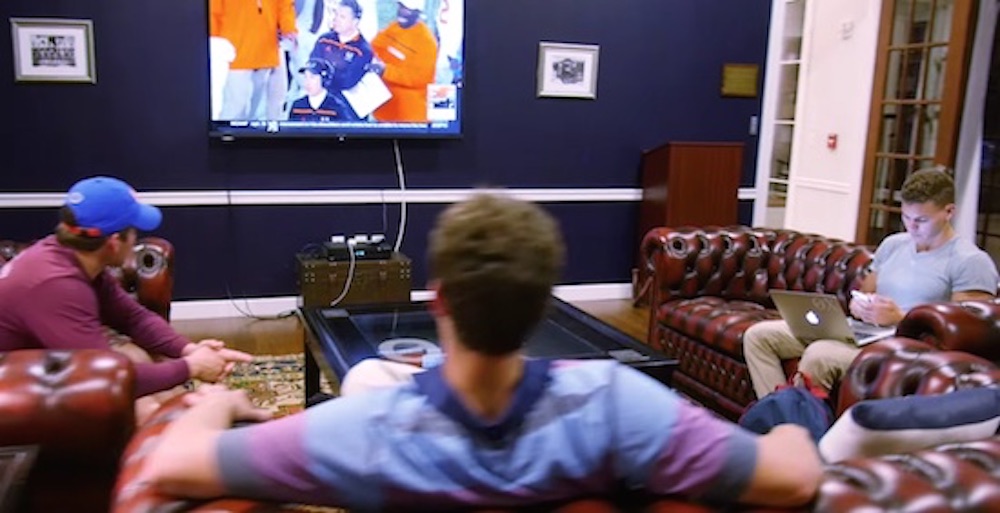 Yep, it’s filled with just as many douchebags as you would expect.

Remember MTV Cribs? Where you got to go on a guided tour of someone who was way richer than you’s house and see all the cool shit they had? I used to love that show and it got even better when it started taking us around B list footballers like Luis Boa Morte and Shola Ameobi’s houses.

I don’t know why somebody thought it would be a good idea to cancel it, but I’m glad that somebody had the idea to revamp it but only this time they’re showing us around the best frat houses in the country. It’s called Top House (cringe) and as you might expect it’s full of some of the biggest douchebags in history as frats tend to attract them.

But man are their houses sick, as you can see from the Theta Chi house down at the University Of Florida. Watch out for the cool satellite imaging at the start:

Yeah no worries dude, the alumni will just donate $4.3 million to build this stupid house where jocks can hang out playing pool and watching sports because they just love college so much they had to give something back. That’s just frat life bro and what’s expected from it. It’s kinda lame that everyone has to share a room with each other though isn’t it?

As much as I despise everything about the frat life though, the house itself is pretty cool. I mean it’s massive for a start and has a couple of bars and loads of TVs, but my favourite part is definitely the ‘Party Barn’ which just looks like a crappy room with a bunch of couches and TVs in it. In fact it looks like every other room in the house – they all seem to full of couches and TVs with various interchangeable jock bros hanging out in them – and was not really worthy of being that dude’s ‘favourite room of the house’. I mean I literally wouldn’t know the difference. I suppose it might look a bit different on the legendary ‘Game Day’ that he keeps talking about though.

God, I hate frats. I mean even a lot of people in them secretly hate the ridiculous bro culture they’re embroiled in.