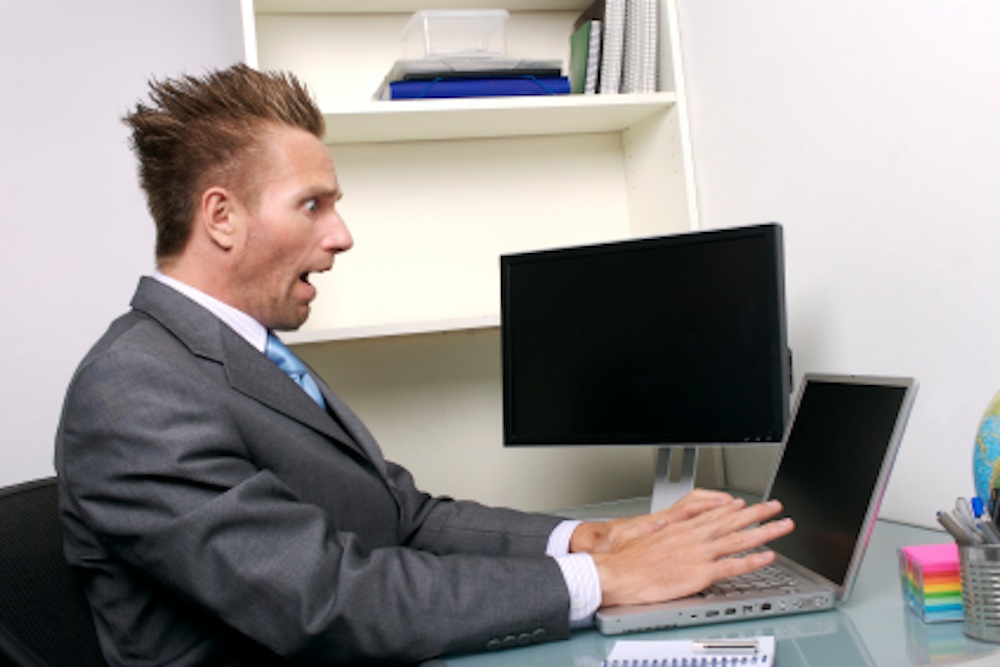 ‘Even though we aren’t technically dating right now, I know that she’ll soon see I’m the right guy for her.’

It’s pretty tough when you finish uni and get your first job because you probably have to fit into an already established hierarchy in the work place and try and make friends without stepping on anyone’s toes.

With that in mind, this kid called Alex must have thought he was hitting it out of the ball park at his first job as he managed to make friends with a woman called Julia. Unfortunately, not everyone in the workplace was happy for him and this was clearly expressed in the email that he received from a coworker who hadn’t even spoken four words to him. Check it out below: 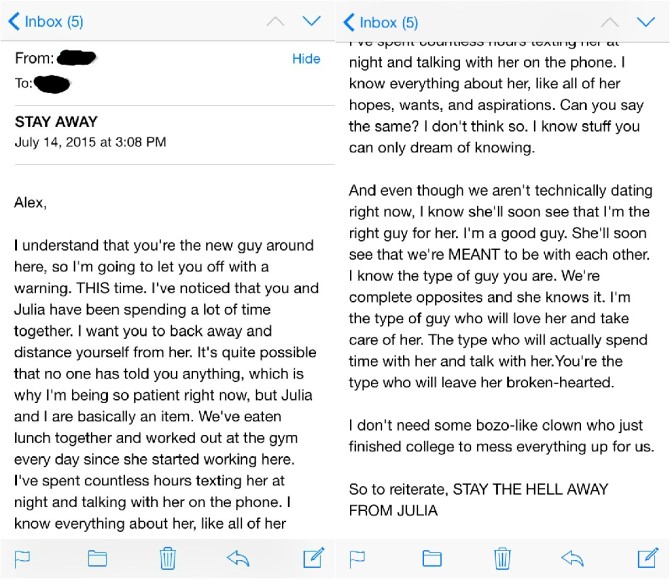 Wow – unbelievable right? I mean this guy is like an even more messed up version of Dwight from The American Office – and not even in a cute funny way, more of a completely insane and creepy way.

I mean how the heck does this guy think that Julia is going to get with him if she hasn’t already? Is he actually eating lunch and going to the gym with her, or just skulking around after her like a puppy, probably not even plucking up the courage to talk to her? Probably the latter, right?

To send this email to a graduate who just started at the company hardly reeks of  maturity within the workplace and especially not within a relationship. Or even a non relationship by the looks of how he’s hanging with Julia – I mean he blatantly isn’t talking to her all night on the phone is he?

Here’s betting this guy a 40 year old virgin and here’s hoping Alex sends this to HR and gets this sorted out before this guy does something really crazy. He certainly seems capable of it – maybe he should take a look at this list of the 17 best ways to waste time in the office for a start on what to do instead of lusting after Julia all day.