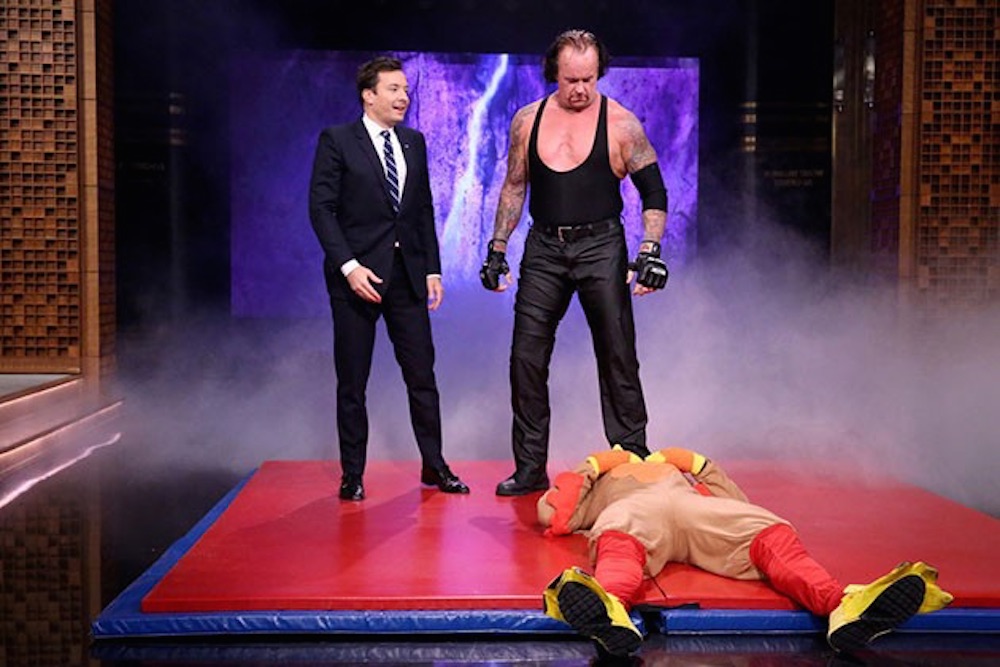 This really happened, and yes it is as stupid as it sounds.

The Tonight Show isn’t exactly known for it’s highbrow look at American high culture, but this actually might be one of the stupidest skits they’ve ever run. That doesn’t make it any less funny though.

Yes, it is as dumb as it sounds.

Wow that was stupid right? But entertaining obviously. I especially liked the way that they used really crappy lightning effects in the background – very old school – and I was also impressed with how the Undertaker didn’t break character the whole time and just looked really serious and intimidating when Jimmy went anywhere near him. Great work guys.

Apparently the guy wearing the turkey costume was Brad Maddox who used to be the Raw general manager too – there’s a little Easter Egg for all the hardcore fans out there. For more evidence of just what a badass the Undertaker can be, check out these glorious photos from his 1998 hell in a cell match with Mankind. Legendary.