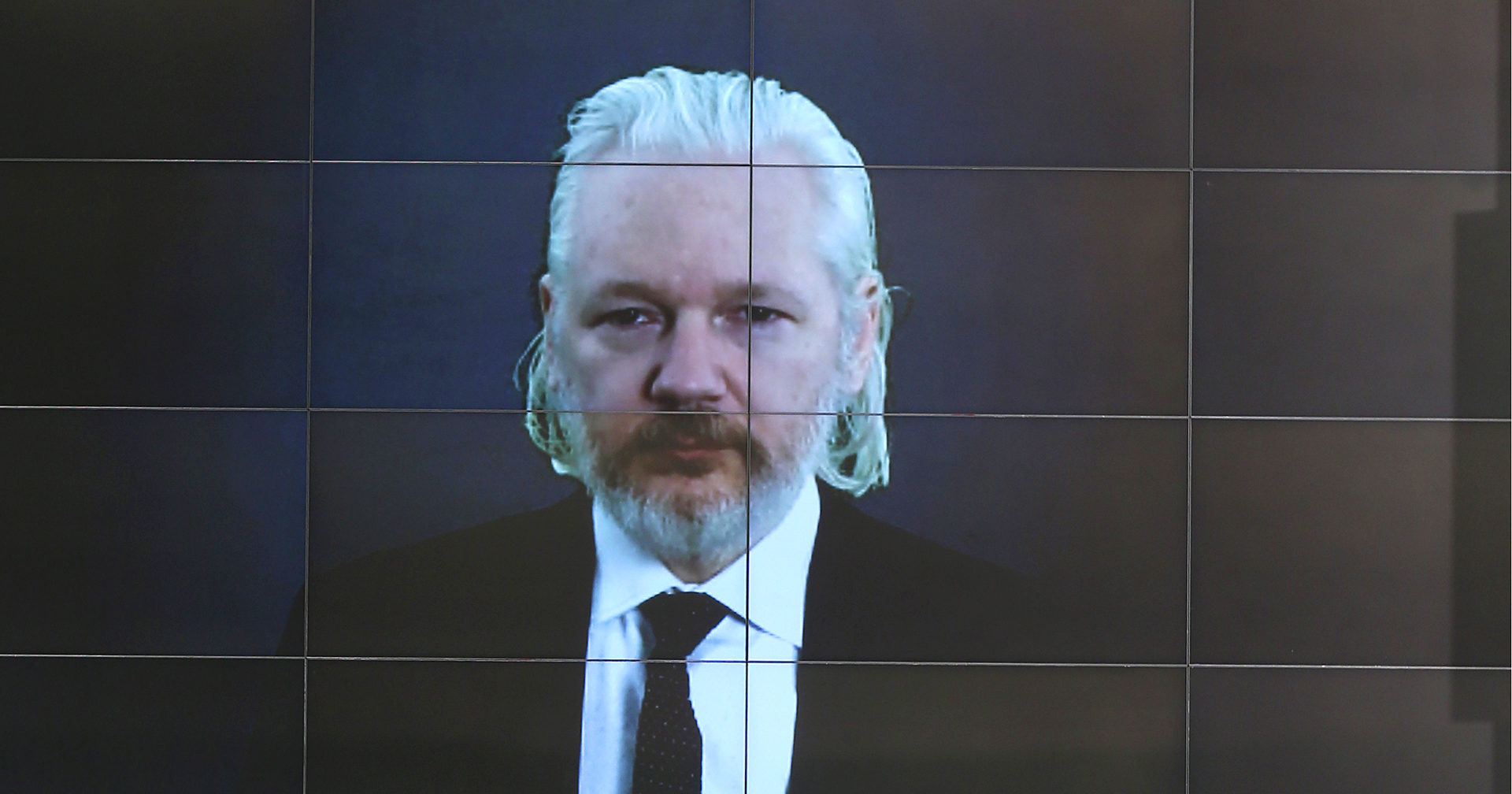 WikiLeaks supporters have been wondering where founder Julian Assange is for a couple of months now. Rumours have been flying around on social media speculating whether he’s still at the Ecuador Embassy or even if he’s still alive.

While supporters have been demanding on social media for proof of life, WikiLeaks swiftly changed its tune and said on Twitter that providing this proof is difficult. Many think that he may have been taken from the embassy or he might even have escaped.

Now before you dismiss this as just some paranoid conspiracy theory, there is some meat to this idea. So let’s take a look at what’s really going on. The rumours started in October after it came to light that Ecuador had cut Julian Assange’s internet connection:

It was announced by Ecuador’s officials that they had done this as they didn’t want to get caught up with the U.S. elections.

One of the reasons why WikiLeaks supporters are fearing the worst is because of the ‘dead man’s switch’. Essentially, Assange’s dead man’s switch is a means of discouraging his assassination. In order to put people off killing him, an enormous trove of secrets will automatically be published if Assange is detained and killed. Just before his internet was cut, an enormous directory of secret files were opened to the public on the WikiLeaks website containing top secret information from all corners of the globe relating to the U.S. military, the Kremlin, Israel, Royal families, Scientology, secret societies, multinational corporations and even one titled ‘Steve Jobs HIV’. Every file and folder has been timestamped 01.01.1984.

However, unlike usual WikiLeaks releases, the official Twitter account did not mention the release of the folder to the public, leading many to believe that Assange’s dead man’s switch had been activated. Normally leaked documents are posted gradually, as part of a well-planned media campaign, but this batch was thrown out in one huge lump. Pretty suspicious behaviour.

Furthermore, on October 21st, WikiLeaks sent out this chilling tweet at the same time that his internet was cut:

Shortly after that, the nearest airport to the Ecuadorian embassy was on lock down due to a mysterious “chemical incident”, which many believe was used as a decoy to fly Julian Assange out of the country without any media attention:

Because of this growing mound of evidence, WikiLeaks supporters have been asking for verification from the Twitter account using the PGP private key, but have so far not got a response.

And if that wasn’t enough, some believe that Julian Assange’s interview with John Pilger was faked. This video explains how:

You’ve got to admit that the slow-mo of the collar is pretty fucking weird. Although many believe the huge WikiLeaks release mentioned above to be related to Assange’s dead man’s switch, there has been no official activation of this and so many still assume that Assange is OK. Meanwhile, Sick Chirpse managed to speak to a source from inside the Ecuadorian embassy who sees Assange regularly. Although they could not confirm that they had seen him over the past couple of months, they can verify that his TV is currently on.

If this is the case and Julian Assange has been captured or even killed, the question remains as to who took him. Well, one pretty solid theory states that he was captured and sent on a rendition flight to North Carolina aboard a United States military plane known as the Guantanamo Bay Express. One Redditor in particular claimed that a U.S. Gulfstream jet, thought to be N379P, had taken off from a military base from London shortly after the furore outside the Ecuadorian embassy. And where did the plane head to? Shockingly, using FlightRadar, the plane itself was tracked by Redditors as it made its way across the Atlantic. For a moment it looked like it was headed towards Guantanamo Bay, but the aircraft swiftly descended towards Smithfield air base near Charlotte, North Carolina. This does not bear much relief to WikiLeaks supporters, as this base is a notorious CIA rendition airport, known to locals as ‘Smithfield’s Dirty Secret’. Whether Assange was genuinely on this flight is yet to be seen, but if he was, he ended up in a mysterious place where it’s very possible he could’ve been tried and executed for espionage. Crazy shit.

So what to do now? Well, to keep yourself up to date, keep an eye on Assange’s Twitter account for his cat, which periodically posts updates from the embassy. In addition, this website has a countdown to the last time anyone had proof of life of Assange – you can also keep watch of the WikiLeaks Twitter account to see if you spot anything odd compared to its previous operations. And if any of this does turn out to be true and Assange really has vanished, the question that I’m sure all of us are dying to know is who took him and possibly even killed him? We’ll have to wait and see – we promise to keep you posted on information as and when it comes.

If you’d like to learn more about WikiLeaks, check out the incredible ‘We Steal Secrets’ documentary HERE.