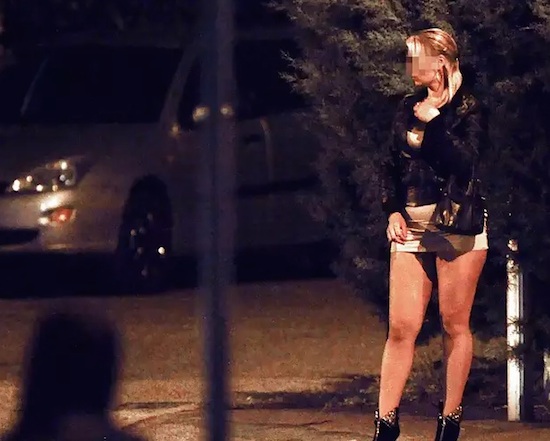 I had no idea this was happening/had happened, but apparently up in Leeds the council have legalised prostitution in an area of the town called Holbeck, and women are free to operate as sex workers with no repercussions from the police for their actions. The same goes for anyone looking to buy a hooker.

The council claims that setting this zone up makes sex workers safer. The BBC headed into the red light district to find out what it was really like for the women working there, and just what the legalisation of this area has meant for them:

Geez. That was pretty grim and harrowing wasn’t it? Some freakin weirdos out there by the sounds of the people these girls are seeing – that guy with the curry and the crack and the shit, what the hell is that all about? Nice repeated aerial shots too.

I’m not really sure if the documentary really managed to get to the bottom of whether the red light district was a good or a bad idea because it presented a lot of different views of the area. I really have no idea if the legalisation of it has made it better or not, it seems like everyone has their own opinions on it eh?

But I suppose the one line that stood out for me was when the youth worker said that women were going to be prostitutes whether it was illegal or legal and the cops might as well work together with them to try and keep them safe rather than oppose them, and I’ve got to agree that that is a good idea. I just wish there wasn’t even a debate about it to be honest and all these women could just lead nice, normal live rather than getting involved with this squalor.

I hope this turns out to be a successful experiment. We all know what happened to Hammersterdam in The Wire though, so let’s hope that Holbeck doesn’t end up like that. For an even grimmer portrait of prostitution, check out the lives of Spanish prostitutes.