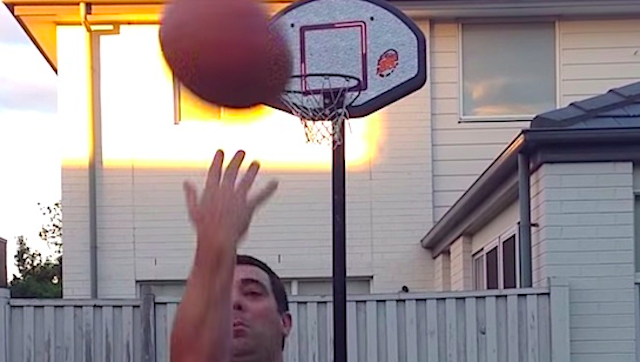 Absolutely insanely lucky and couldn’t have happened at a better time either.

Imagine if you had a daughter, and she said that you would never ever have to spend any money on her again if you managed to score a basketball shot without facing the net and throwing the ball over your head. Then imagine hitting the shot that this dad managed to hit. Everything about it is perfect, aside from the lame way he tries to flip his daughter off with two fingers instead of one.

Seriously, it’s absolutely insane. You won’t even believe it when you see it – it almost defies the laws of physics. Even so, it’s nothing on the greatest basketball comeback of all time. That is some crazy shit right there.

Still, we all know he probably ended up paying for everything his daughter ever did, it’s nice to think that at least he had the option though.