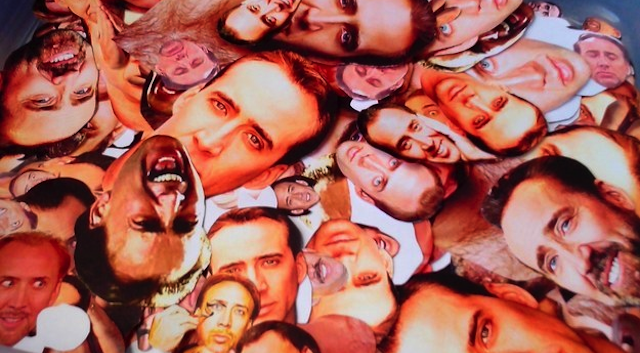 If you really hated Nicolas Cage, it would probably be pretty annoying if you came home one day and his face was plastered all over your house.

Some Australian guy called Tim from Melbourne decided that the best way to prank his Nicolas Cage hating brother Matt (before you judge the guy he only started hating him after he saw The Wicker Man and that stupid ‘NOT THE BEES’ scene, which is kinda understandable) was to wait until he went out one day and then literally cover his whole entire house with pictures of Nicolas Cage’s face. And yeah, he was right – it was a totally sick prank.

Tim then had to pick the perfect moment to execute the plan and it took five months to figure this one out, eventually picking the night of his 30th birthday whilst Matt was out watching a movie with some friends. Tim and his buddies spent three hours sticking Nicolas Cage’s face literally all over his brother’s house.

Unfortunately he didn’t get to use all 3200 faces though as they were worried about his brother coming back and catching them in the act (surely there was a time in that five months where he was out of the house for longer than three hours where they could have pulled the prank off?) so they had to throw a few of them away, but it’s safe to say that the damage had been done.

Needless to say Matt wasn’t very happy to find out his entire house had been ‘Caged’, you can see some of his reaction shots towards the end of this article.