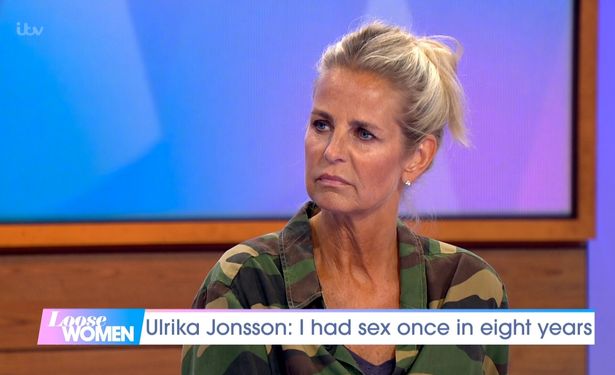 She blames this for the breakdown of her marriage.

Everyone wants to have sex when you’re going out with someone, but apparently for some people this stops happening when you get married and get older.

It’s a tale as old as time, but you really wouldn’t expect someone like Ulrika Jonsson to have this problem yet in an extraordinarily open interview on Loose Women today she admitted that had sex with her husband Brian Monet just once in their eight years of marriage and this was responsible for their divorce. You can hear or read what Jonsson said below:

I tried hard in intervals to bring the subject up.

It was a great concern of mine.

I only instigated it a few times, I couldn’t bare the rejection.

I don’t know why he didn’t want to have sex.

I don’t know if he didn’t want to tell me or he didn’t know himself.

I still haven’t had an answer.

I didn’t want to die never having intimacy ever again.

Damn that is kinda a rough ride and kinda heartbreaking to see her talk about it so candidly. It’s kinda grim when the person you’re married to doesn’t want to have sex with your for years at a time though hey? Must have been really tough – I hope Ulrika manages to find that intimacy that she craves. Maybe Sven is still available?

For more of the same, check out a Chelsea fan dropping an absolute bomb on Stan Collymore live on air. Not so good.