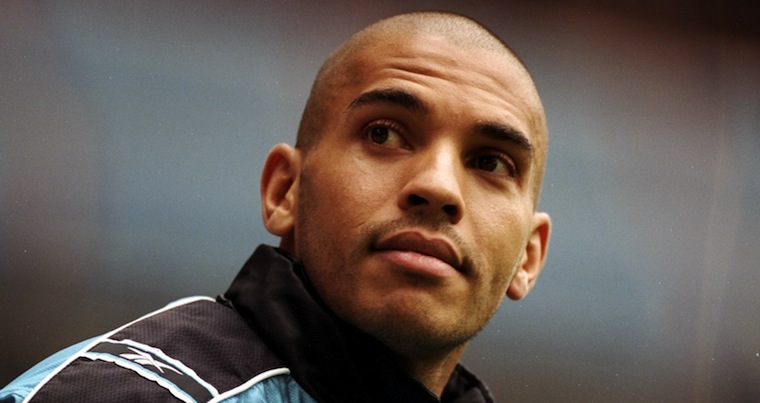 While taking his regular call in show on Talk Spot yesterday, Stan Collymore received a call from a Chelsea fan who went by the name ‘Zane’. Zane proceeded to drop an absolute bomb on Stan live on air.

Some absolute JOKER has just made my Monday morning. Someone buy this man a Monday brunch Stella, pronto.

Everyone knows the former footballer Stan Collymore hit the headlines for all the wrong reasons a few years ago. The reasons were that he was hitting his now ex-wife Ulrika-ka-ka Jonsson. Stan played professional football for several clubs throughout his career, including Aston Villa, Liverpool, Nottingham Forest and Crystal Palace, and can now be found running the microphone for talk sport, commentating on football matches and speaking with listeners on their regular phone in programme. Unfortunately for Stan, he’ll always be remembered as a wife beater. I remember when Ulrika was on Shooting Stars and Bob Mortimer and Vic Reevers were forever calling her up on the abuse her then husband was giving her. Totally harsh but all in all it was a joke on their part and always got a few laughs, plus Ulrika was always up for some banter. Who can forget how well she used to down her pints? Pretty legendary.

â˜› Read Next: Who Ate All The Pies? Michael Johnson Apparently.

Yesterday Stan Collymore was running his regular phone in programme on talk sport, speaking with viewers about the Chelsea Vs Arsenal match that had just finished. Taking a call from a fan called ‘Zane’, Stan proceeded to ask Zane what he thought of the match, what he thought about Benitiz’s decisions as manager, and how he felt with the comfortable cushion of points between Chelsea and Arsenal. Stan then went on to ask Zane about Lampard, who had scored a penalty during the match. The fan replied (live on air): ‘Did you see the penalty today? He hit that like you hit Ulrika’.

The bomb gets dropped at 1 minute 30 seconds, wait for the totally uncomfortable silence straight after and how Stan moves swiftly on. Check it: