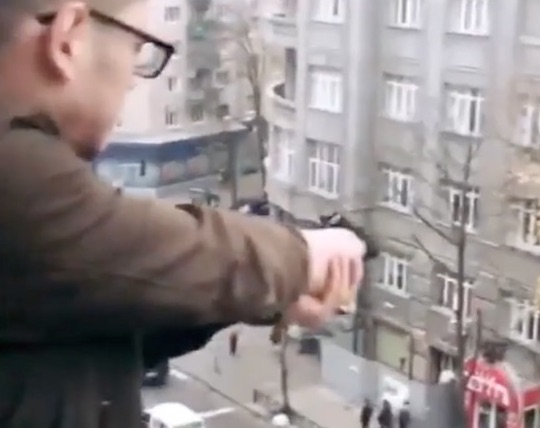 With the world understandably still shook from the Las Vegas massacre a few weeks ago, it seems ludicrous that anyone would want to try and imitate it, but it seems like this Ukrainian rich kid in the video below is ahead of the curve or something.

In the video, you can clearly see that the kid is hanging out in his apartment with a handgun and just firing it into the street below at random pedestrians. He then uploaded the footage to his Instagram account so he could show off about it. Quite why he thought either of these activities were a good idea is beyond me, but they happened as you can see below:

Absolute moron. Thankfully, his nonsensical behaviour was suitably punished as he was picked up by the cops several hours after he posted the video on Instagram, along with three friends.

The police had actually been doing their job for once and were monitoring social media channels after they heard complaints about gunshots in a central street in Kharkiv and were able to find and bring him in. He now faces seven years in the slammer for his actions. Good work.

For more unbelievably dumb and dangerous behaviour, check out this guy downing a bottle of whiskey in seven seconds. Legendary.