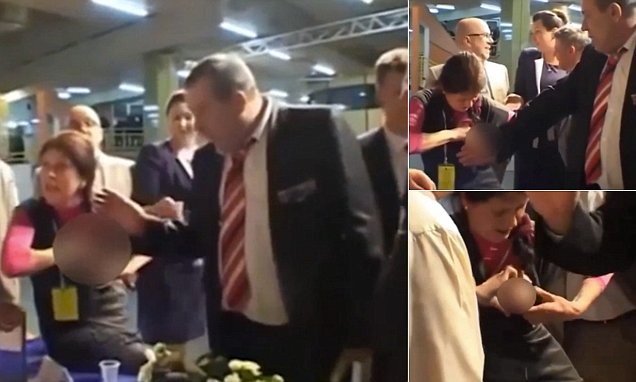 When all else fails, bring out the heavy artillery.

Just a straight up bizarre video out of Ukraine this evening —a female businesswoman was annoyed with not being listened to during a work meeting and decided to pull out her tit and turn it into a weapon of mass destruction.

I can’t take no more, I want to go home. Declare a break!

Well that’s one way to cut a meeting short I suppose. Just choose any random bodily fluid at your disposal and full-on attack people with it. Good choice going for the breast milk because shit, piss or period blood might have been a step too far. Clearly there are lines you don’t cross with this kind of thing but breast milk is OK. Still pretty gross though.

P.S. Did you know you can now get breast milk-flavoured lolly pops? Seriously.