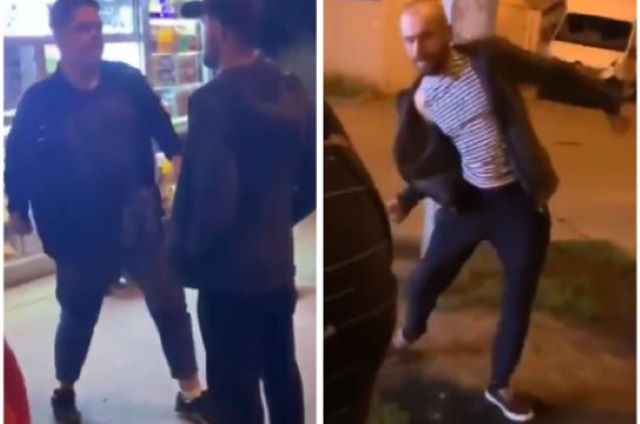 We’ve got our own problems here in the UK when it comes to people bringing weapons to fights, but at least we don’t have to worry about anyone rocking up with a grenade like they do over in Ukraine.

The incident took place on June 8 on Gagarin Avenue in the city Kharkiv, and according to local reports resulted in the injuries of 5 people, including a 16 and 17-year-old.

Welp, never mind a knife or a gun, apparently you have to come even better prepared in Ukraine. I mean I knew people were hardcore out there but I didn’t realise it was basically real life GTA where you’re just casually lobbing grenades at people in a public area. Is a grenade just something you leave your house with, along with keys, phone, wallet, etc? Wouldn’t surprise me.

A young boy apparently got so scared by the blast he just started legging it and the police had to deploy a search party to find him. The grenade guy is facing 15 years to life. Can’t he just say it was self-defence or what?

To watch a real life Rambo fire a grenade-tipped arrow into a car, click HERE. Explosive.