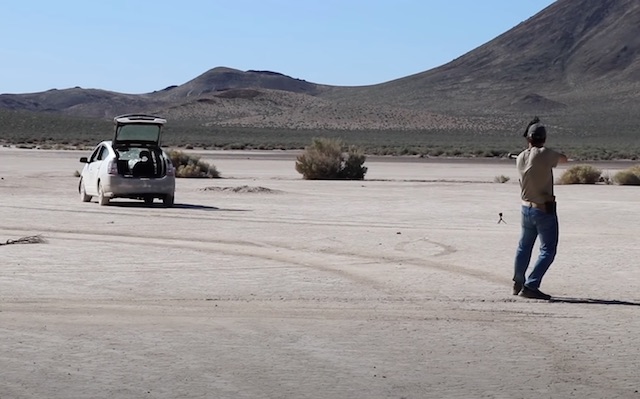 It’s pretty much undeniable that Rambo is one of the biggest action stars of all time as he pretty much takes out all the bad guys all the time in a variety of different colourful situations.

One of the baddest scenes in Rambo involves the titular character firing a grenade tipped arrow at a helicopter in Rambo III and it’s completely and utterly awesome. I hadn’t really ever thought about anyone doing this in real life and how badass it would look, but thankfully YouTuber Edward Sarkissian has decided to do it for me and although he’s not blowing up a helicopter, it’s still pretty sick that he makes a car explode with it.

There’s a whole load of talking and Sarkissian shooting the car with his gun and shit, so skip forward to 6:45 to see the real action:

OK so that was pretty sick but it would have been so much better if the car exploded as soon as the arrow hit it. As it is, he might as well have just thrown the grenade in there, there’s no real advantage of him even having it on an arrow. I can understand why he didn’t wait any longer to fire it off though because there was a very real chance that he might blow himself up, so it’s fair enough really.

For more of the same, check out these videos of that massive explosion in Beirut last year. That was absolutely mad.