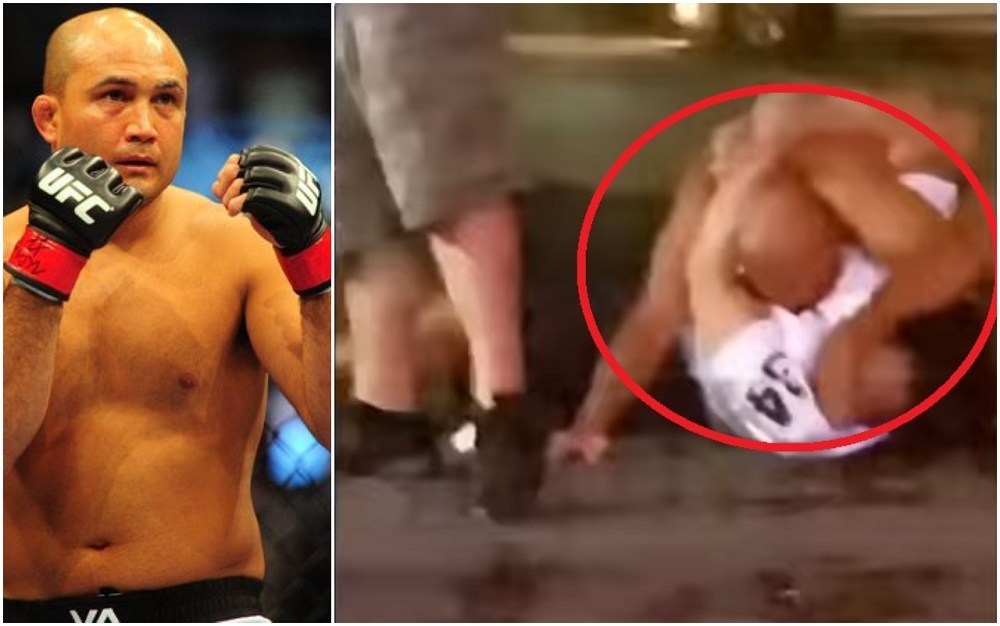 What is it about UFC legends that means that they can’t just retire in peace and stop fighting people, but instead continue to get back in the ring and get completely and utterly dominated by them? The list is pretty extensive – Ken Shamrock and Chuck Liddell recently spring to mind – but nobody is perhaps more embarrassing than BJ Penn, who’s currently on an seven fight losing streak stretching back to 2011 but is somehow still with the UFC due to his legendary status.

Penn clearly needs to blow off some steam regarding his recent career as he got into some trouble at his local strip club the other night when he was thrown out for being extremely intoxicated. Not one to take it lying down, Penn obviously went in ham on the bouncer but instead of just beating the shit out of him, he just decided to rip his shirt off and smother him on the floor.

Embarrassingly – you know considering he’s a former UFC champ and the fighter of the decade no less – he couldn’t really finish this guy down there and just kinda held his position on him for a while until some next guy came and slapped him in the face. Check out the pitiful footage yourself below:

Geez that was cringeworthy wasn’t it? Kinda like when your mate gets in a fight outside the club and there’s one big punch and then everyone just kinda hugs each other on the floor for a bit whilst the rest of the crowd rants and raves. Not what you expect from someone who’s an expert in fighting.

For more BJ Penn, check out the evolution of UFC over the last 23 years. At least he did some good stuff way back when.