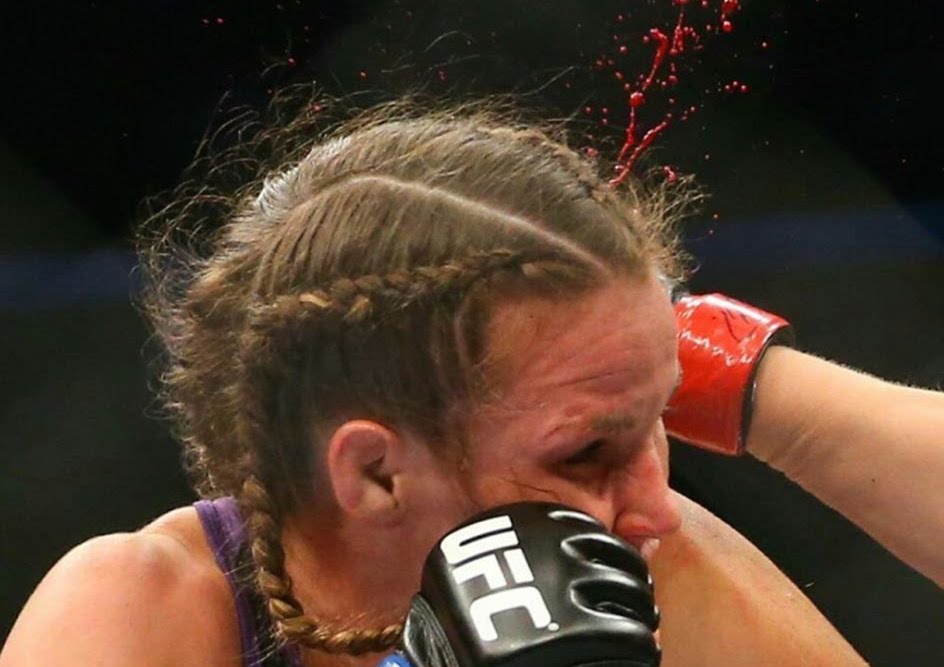 Warning: not for the squeamish.

If you get into the world of UFC fighting, then you’ve got to be prepared for some pretty serious injuries. However, even by UFC’s standards, this is extreme.

Leslie Smith was fighting her opponent Jessica Eye, when Jess threw an almighty right hook. What she didn’t realise was that she hit right into Leslie’s cauliflower ear. Upon impact, the bulbous growth explodes in a bloody mess. Warning: this is not for the squeamish.

GRIM. As a result, you can see Leslie’s ear was left partially torn away from her skull. Apparently she claims that she, “didn’t feel anything”. I guess it must’ve been a bit of a shock, plus the adrenaline would’ve been pumping around her body. Still, the disgusting display left many commentators stating that it was the goriest injury they’d ever seen. Me too, and I’ve seen a lot while writing for this site.

Speaking of which, check out this other gruesome MMA related injury. Not quite as bloody, but still gross.