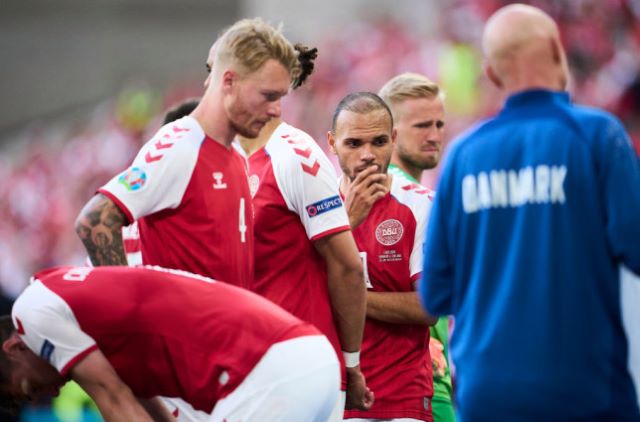 The team had three options and ‘none were good’.

UEFA are catching some flak today after a news report circulated claiming they had ‘forced’ Denmark to continue playing Finland on Saturday, following the horrific incident involving Christian Eriksen, who suffered a heart attack during the game.

The last thing his teammates would have wanted to do that day is return to the pitch to finish the game of football, even though Eriksen was conscious and stable when transported to hospital and even FaceTimed and encouraged them to finish the match.

Well they did finish the match, but they looked emotionally drained throughout the whole restart and ended up losing 1-0, even missing a penalty in the process. 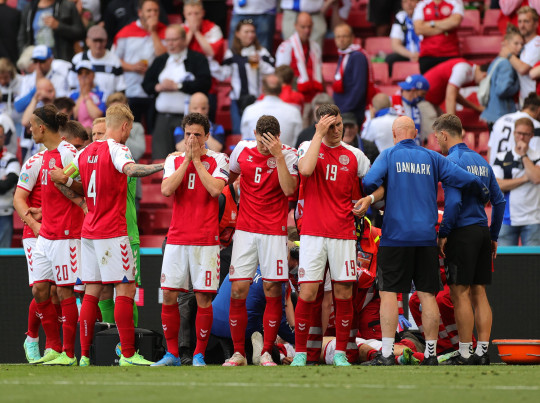 At the time, UEFA said the decision to finish the match was made ‘following the request made by players of both teams’. Well it turns out that wasn’t strictly true at all, with Denmark’s manager and players having since given their own version of events.

The Danish players were effectively given an ultimatum: finish the match on Saturday, resume at noon on Sunday or forfeit the match.

None of the options were good. We took the least bad one.

There were a lot of players that weren’t able to play the match, they were elsewhere [mentally].

UEFA have now defended the decision to restart the match on Saturday evening and, with Denmark due to play Belgium in their next group game on Thursday, felt there was simply no other option (via Yahoo Sports).

The players’ need for 48 hours rest between matches eliminated other options.

UEFA is sure it treated the matter with utmost respect for the sensitive situation and for the players.

Legendary Denmark goalkeeper Peter Schmeichel – whose son Kasper played in the match – wasn’t having it however and was critical of UEFA during his appearance on GMB earlier:

I actually saw an official quote from UEFA yesterday saying that they were following the advice of the player, the players insisted on playing… I know that not to be the truth.

Or, it’s how you see the truth. They were left with three options, one was to play immediately and get the last 50 minutes played.

The next one was to come in yesterday at 12 noon and finish the 50 minutes and the third option was to forfeit the game, 3-0.

So work it out for yourself. Is it the players’ wish to play? Did they have any choice really? I don’t think they had.

Well, it’s obviously a highly unusual situation that nobody was prepared for. Could UEFA have handled it better? As they say there was no other option to replay the game without giving 48 hours rest to the players given how thick and fast the Euro 2021 games come. What else could they have done? Does Peter Schmeichel or any of the Danish players have any suggestions? 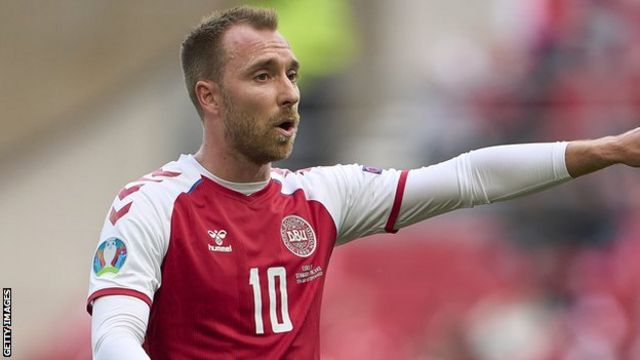 At the same time, it is a bit of a piss-take to even offer option C) forfeiting the game 3-0. As if any team is going to do that? They’d much rather go out there and play like their minds are a million miles away and end up losing 1-0 in a game they were expected to win. Clearly the most important thing is that Christian Eriken is OK and continues recovering well, but still I wonder what UEFA may think they could do differently next time (touch wood). A quick penalty shootout the next day? An arm wrestle between the goalkeepers? Just throwing out ideas here.

For the Argentinian football team that had so many players missing they put an injured midfielder in goal and still won, click HERE. Classic.