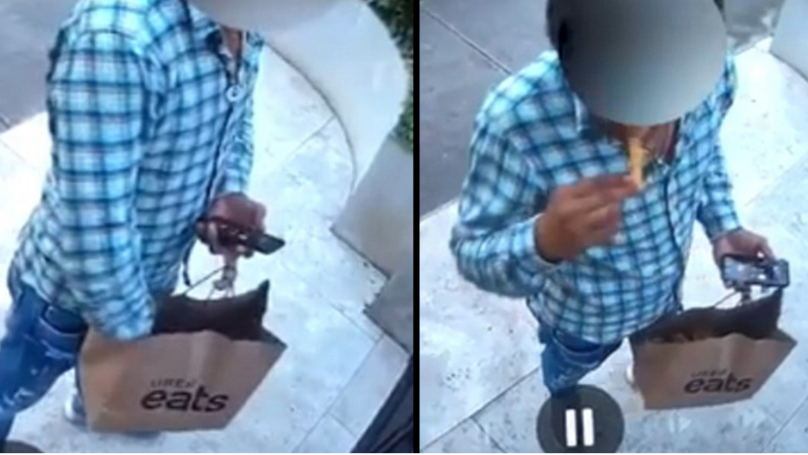 Snacking wasn’t part of the deal.

It seems like there should be a sacred bind of trust between a delivery driver and a customer, but when you think about it, why the hell should there be? If you’re a delivery driver then you’re just taking something to some fat ass lazy butthead who can’t be bothered to go get it himself and chances are you’re not even getting paid that well and they’re not even gonna tip you. Delivery drivers don’t owe their guys shit.

So it’s kinda surprised me that such a big deal has been made about the video below. It comes from over in Melbourne, Australia and features an Uber Eats delivery guy pulling up to someone’s house and digging into their fries whilst they wait for them to answer the door. They end up managing to wolf down the fries before they come to the door, but even unfortunately there was no way of escaping the security footage:

Yeah I mean to be honest, I don’t really get why everyone is giving this guy a hard time. It’s sort of an unwritten rule that if you go and pick up food for someone then you get to nab a couple of their chips on the way home/wherever you’re going – it’s just the law of the jungle. I ain’t gonna hate on an Uber driver for chowing down on a couple for bringing them to my door. Guy’s gotta eat and he’s probably so rushed off his feet he ain’t got time to stop for a bit. A OK with me though fam.

For more deliveries, check out this Amazon delivery driver pooping in his customer’s drive. That’s not cool either.