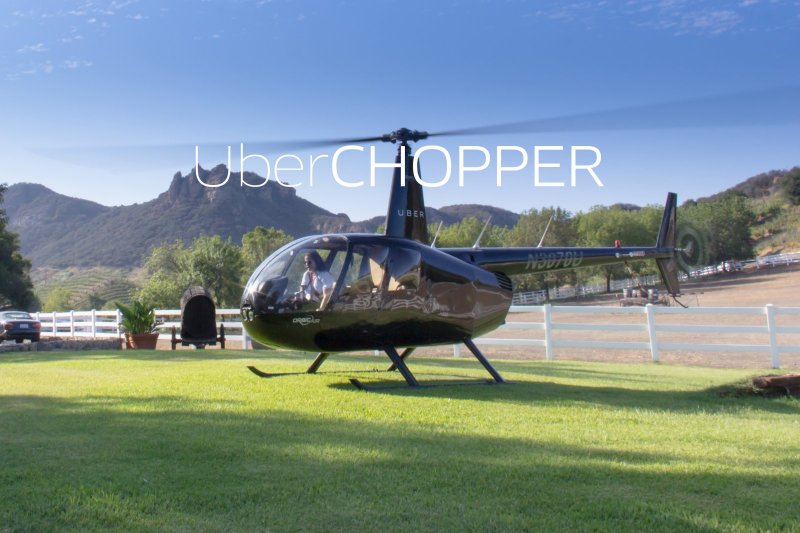 Time to take over the skies.

Uber got into a spot of bother last year at the Cannes Film Festival when traditional Nice taxi drivers blocked the airport in protest against the £32 billion start-up taking all their business. This year Uber has figured out a way around it, or over it even – helicopters.

After all what better place to reveal the UberChopper than at the Cannes Film Festival, currently jam packed with the kind of people who’d pay £115 for a 7 minute flight (4 passengers). Uber have teamed up with French helicopter firm Helipass to launch the service, so it’s reassuring to know there’ll be expertly trained pilots flying as opposed to the bums you get driving Uber cars.

The fee also includes a chauffeured car ride to the heliport and then another limo waiting at the destination to transport passengers to the centre of Cannes. 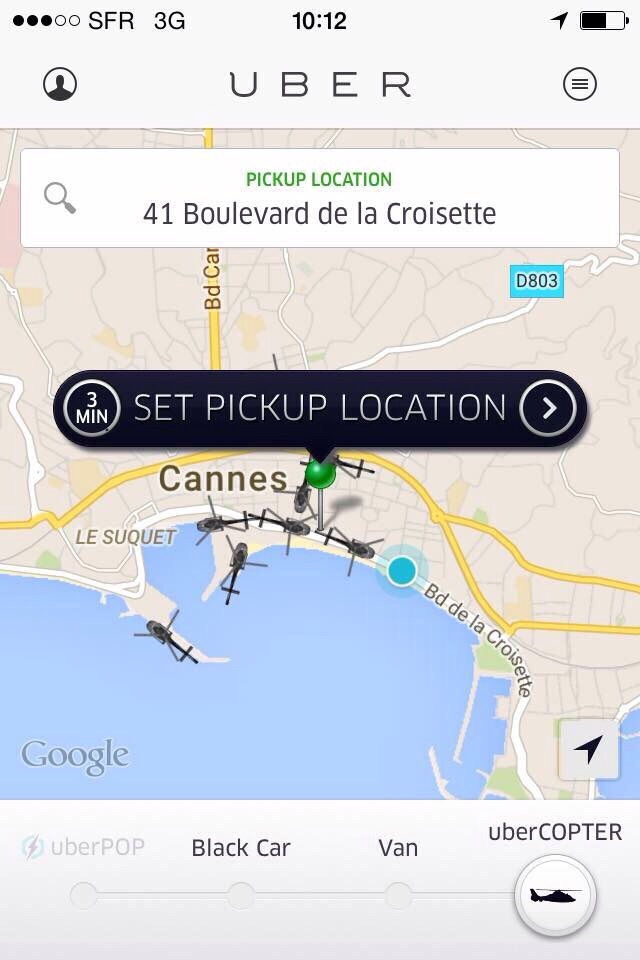 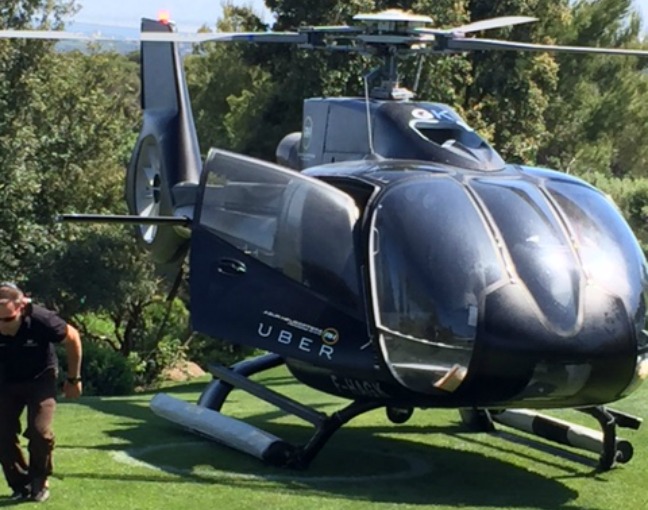 The equivalent trip by car would cost in the region of £58 but would take 4x as long. So if you’re a celebrity at Cannes right now you better use the UberChopper unless you want to come off looking like a cheap civilian.

We want to demonstrate our ability to innovate and to prove that we are capable of bringing profitable business to our partners in transport in the air as well as on land.

Fucking Uber. I guess after you’ve completely dominated the taxi market the next step is naturally going to be taking over the skies. Hey, if it means we don’t have to sit next to any of these losers on our next flight, we’re all in.