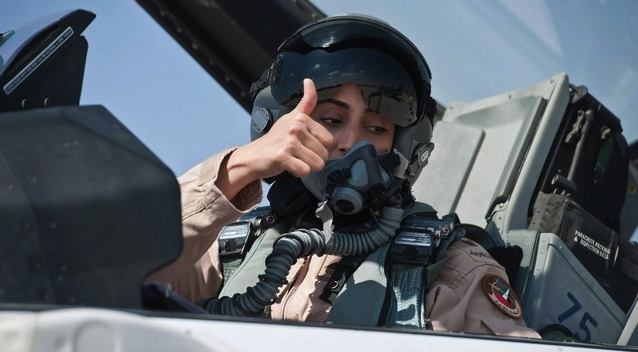 You’ve probably seen this week that coalition forces have started dropping bombs on ISIS forces hiding out in Syria in an effort to stop the frankly terrifying ISIS master plan.

What you probably didn’t know though was that one of the people dropping bombs on them was the UAE’s first female bomber pilot, a 35 year old major named Mariam Al Mansouri who pilots and F16 Block 60 fighter jet. It’s thought that she took part in co-ordinated strikes against Islamic State strongholds near Raqqa, Aleppo and Idlib.

What makes this story even better is that ISIS fighters are scared of being killed by women, because they fear they will go hell and they won’t get their ‘virgins in heaven’.

Al Mansouri resides in Abu Dhabi and holds an undergraduate degree in English literature. She was one of the first women to join the UAE air force when it finally allowed female members to join and she graduated from the academy in 2008. She explains her motivations for joining up to the air force below and what it means to her: 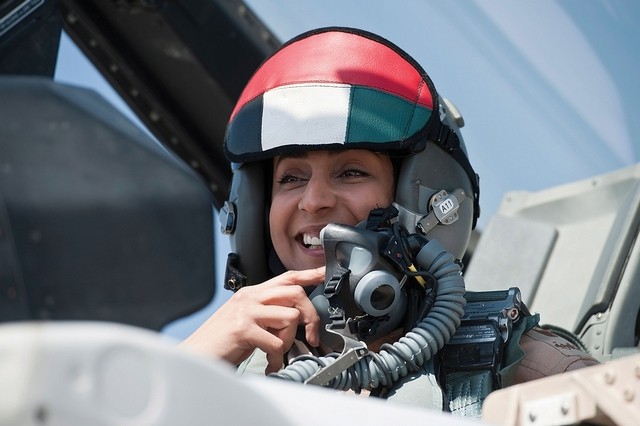 It was my aspiration. Ever since I finished high school, I wanted to learn flying because it was something that I liked in the first place. A woman’s passion about something will lead her to achieving what she aspires and that’s why she should pursue her interests.

Al Mansouri received no special treatment during her time in the male dominated academy and said that she had to work extremely hard in order to graduate. Her efforts were rewarded though when she received the Pride Of The Emirates award earlier this year in May. You go girl – she’s almost certainly a safer bet than a petri dish of neurones from a rat brain that was recently programmed by scientists to fly an F22 fighter jet.