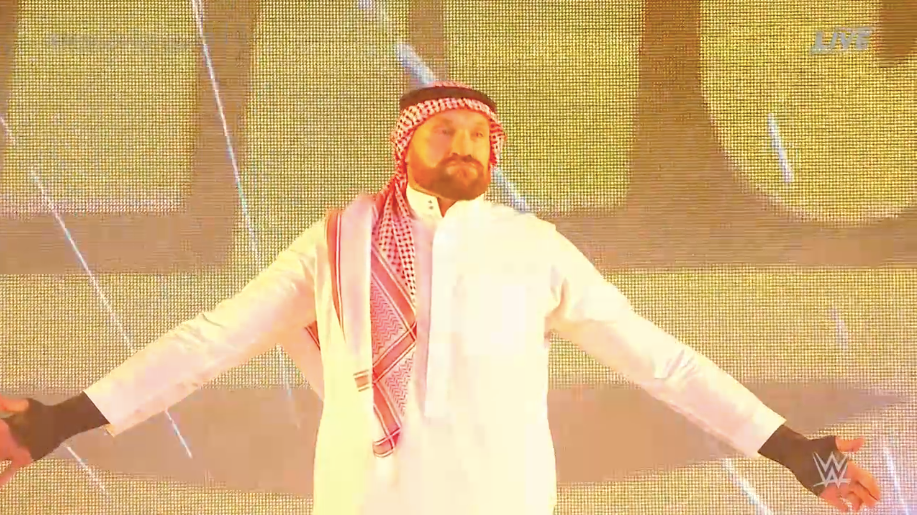 One of the dumber pieces of news that has been doing the rounds recently regards heavyweight boxer Tyson Fury joining the WWE to go up against Braun Strowman at Crown Jewel in Saudi Arabia and the bout last night didn’t disappoint – at least in terms of the stupidity factor.

This article is gonna feature spoilers so don’t bother reading on if you plan on watching the match later and not knowing what happened. Anyway, Fury managed to win after he knocked Strowman out with a right hand outside the ring and got a ten count – completely dumb – but people are mainly talking about how ridiculous Fury’s entry was.

It’s probably better if you just watch it for yourself:

Lol how about a bit of pyro there for your man Tyson Fury? So dumb that he came out in a robe as well – not really sure if the people over in Saudi would enjoy that or just think that it’s offensive, but I guess Tyson is a loveable character so hopefully they were down with it. As far as the best entrance ever though I think people are having a laugh – sure it’s expensive and lavish and stupid, but there are countless WWE entrances that are more iconic and well remembered than that like I dunno, every time Stone Cold or The Rock’s music hit? People are stupid.