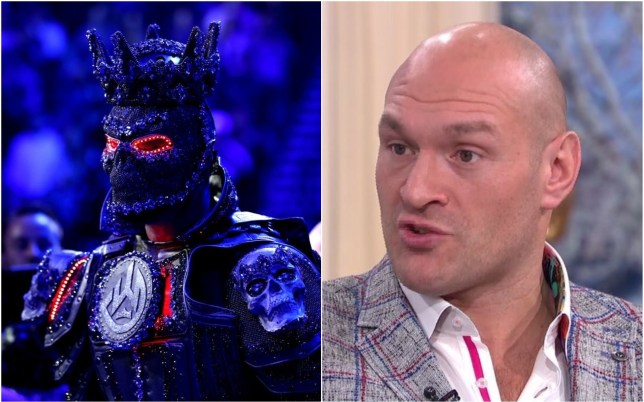 It’s been a couple of weeks since Tyson Fury completely decimated Deontay Wilder and Wilder offered the ridiculous excuse that his costume was too heavy as to why he ended up getting so badly battered, but Fury himself has remained silent on the matter, no doubt enjoying seeing his rival become more and more embarrassing as he kept talking.

Fury was appearing on This Morning yesterday to discuss his victory though and finally gave his opinion on what Wilder has been saying. Here are his thoughts, which are pretty diplomatic in fairness:

He said that he trains in a 45-pound weighted vest every day… but, you know, I can understand where he’s coming from.

In every fighter’s mind there’s got to be a reason why they’ve lost.

It can never be the simple fact I wasn’t good enough on the night and lost to the better guy.

It’s always got to be, ‘the camp was wrong, it was the trainer’s fault, it was my suit, it was my toe’.

It was always something’s a problem.

With me if I’m injured or whatever the problem is it’s like, ‘okay, the performance wasn’t great but I’m going to move on and crack on’.

And that’s so true.

Sounds like Fury himself is desperately trying to sell the third fight in their trilogy himself there doesn’t it? Not sure if people are as interested in a rematch as they might think considering Fury’s original domination, so the champ has to step up to sell it now.

Embarrassing for everyone involved and especially Wilder, but I guess that’s what they need to sell the fight now right? I’ll probably get up and watch it in the morning next time to be honest.

For more of the same, check out this other conspiracy theory that Wilder came up with about why his corner threw in the towel. So stupid.