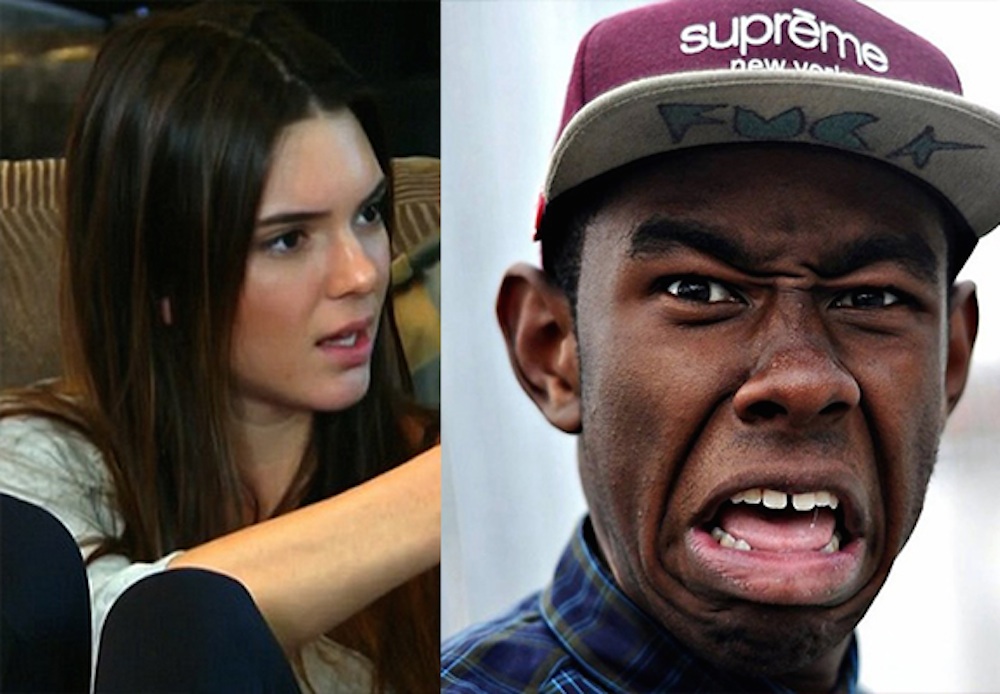 Of course Tyler The Creator was going to act up at Coachella.

It was the first weekend of Coachella over in America the past few days, and as has come to be expected from the event there was no shortage of controversy.

One of the biggest stories from the weekend concerns Tyler The Creator – who was always going to have something to say – and his calling out of reality TV star Kendall Jenner and everyone else who was in the VIP area. He basically went on a short rant saying he wasn’t down with people hanging out in the VIP area and not the actual crowd, and then called out Kendall specifically.

Although I share Tyler’s sentiments – it’s obviously going to be way better down the front of the show rather than watching it from way back in some VIP area – I don’t really know if he’s that qualified to make comments like that as there isn’t any footage of him wading around the pit for any of the other bands at the festival. Of course, maybe he kept a low profile, but he was probably just hanging out in the VIP areas himself getting SWAG or whatever he does in his spare time.

He didn’t even really hate Kendall either, tweeting her the following which kind of implies that they’re already buddies. Lame.

Will anything coming out of the festival ever be as good as the Coachella rave dad from a couple of years ago though?