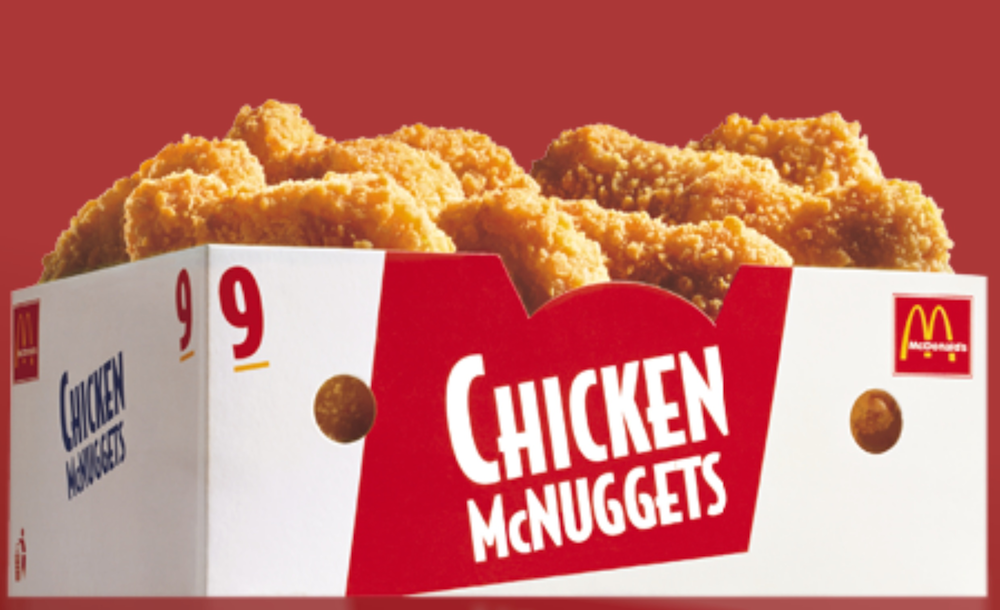 It’s moments like this that make me glad I didn’t have social media when I was a kid.

Obviously it can be pretty annoying when you share some food with a buddy and they end up eating way more of it than you because it feels like you’re getting shafted. Basically your buddy is just being a jerk to you for no real reason other than the fact that they’re greedy and want to eat more than you.

Unfortunately, this seems to happen all too often and although it will sometimes lead to an argument, it’s rare that it’ll spill so vehemently onto social media over something so trivial as one chicken nugget. At least I think it is as I don’t have too many teenagers on my friends list – for all I know this could happen all the time in that demographic.

In any case, it’s fascinating, pathetic and hilarious in equal measure and I’m sure you’re going to enjoy it. Just think about it next time you split nuggets with someone. Having said all this though, it’s nowhere near as bad as the worst brand meltdown ever on social media that actually occurred at the hands of two adults. 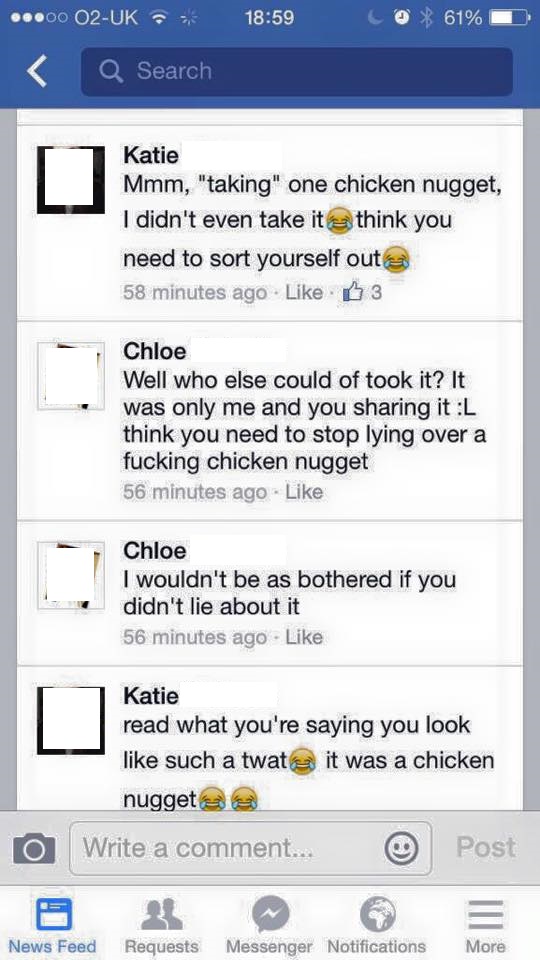 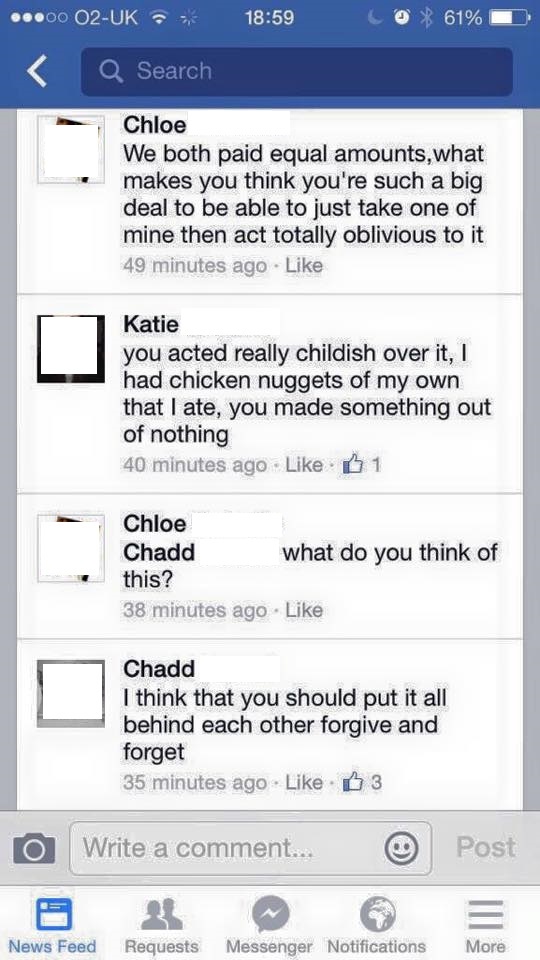 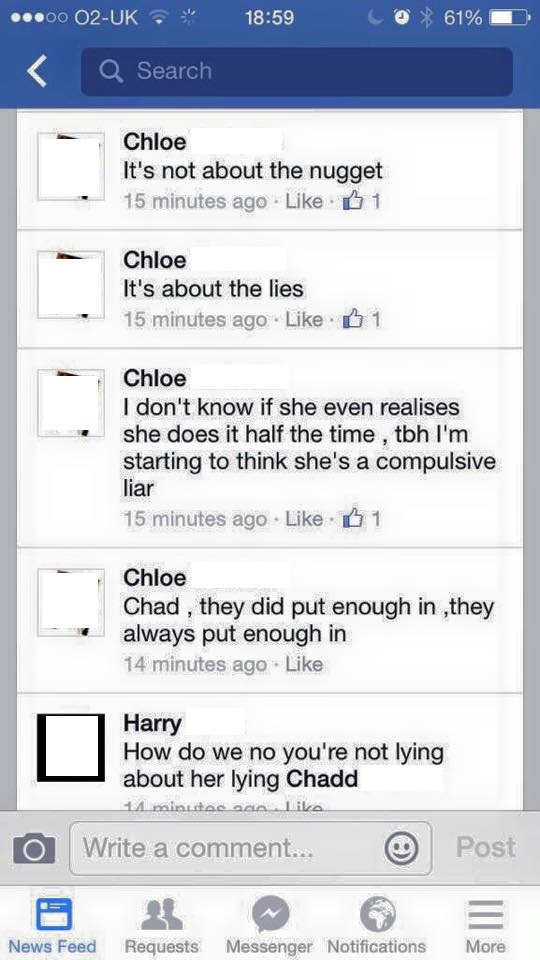 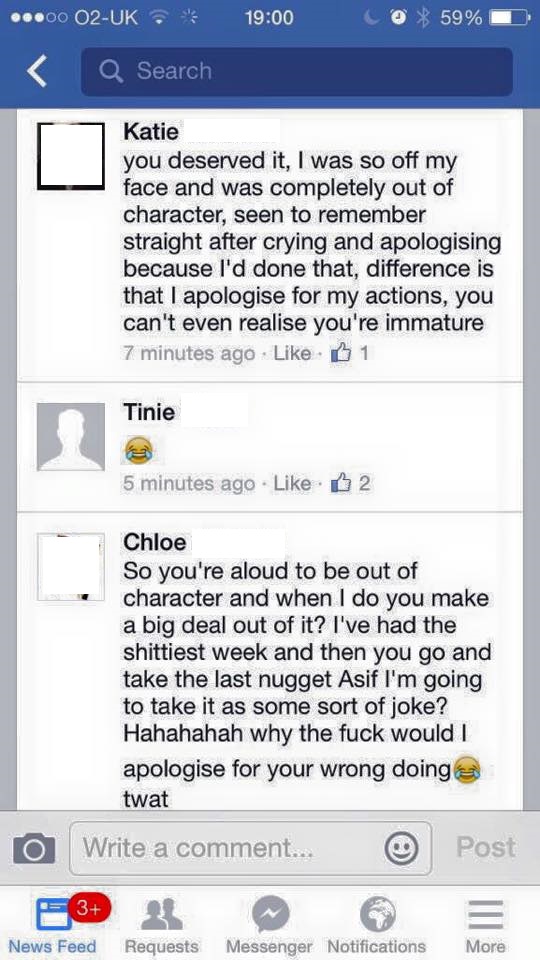