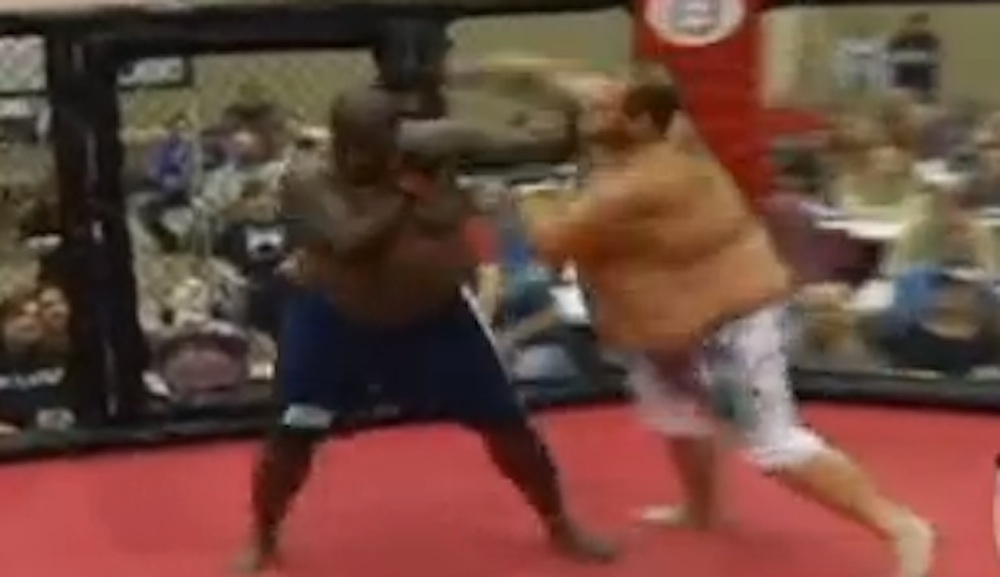 This isn’t your typical MMA fight.

When you think of MMA and UFC then you generally think of insanely tough looking guys going at it with speed and finesse in no holds barred brutal fights to the finish, kind of like Robbie Lawler versus Rory McDonald over the weekend. What a bloodbath that was.

What you don’t expect to see is two guys who can only really be described as super heavyweights sloppily pacing around each other and then flying punches at each other with no real skill or technique, and then rolling around on the floor hugging each other once one of them has been taken down.

Somewhere in the world that does go down though, as can be seen in this video between one pretty fat black guy and one really, really fat white guy. To be fair, the fight isn’t as lame as I described earlier and is actually pretty entertaining considering – or maybe because of – the calibre of fighter involved, and it’s a shame it doesn’t last longer really.

I won’t spoil it by telling you who wins but it’s probably who you thought it was going to be. This happened back in 2011 so I wonder if anyone knows what these guys are up to now – if anyone knows then hit us up?