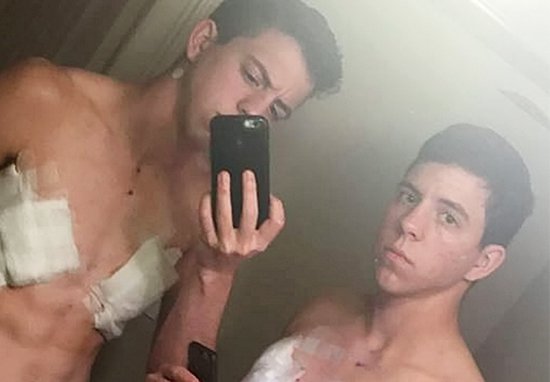 Runs in the family.

I can’t really imagine anything as terrible as being trapped in the wrong body and praying that you wake up a different gender, but stories like this one will hopefully inspire people that are going through problems like that.

Jack and Jace Grafe might look like your average mid 20 American men, but the two 23 year old siblings were born Jacyln and Jennifer Grafe back in June 1995 in Baltimore, Maryland. They moved to Monroe, Georgia shortly afterwards. Their parents were conservative Christians and their father was a preacher and as such they had no idea about the feelings that were consuming them as they both cried to sleep every night wishing that they could wake up in a male body. They even kept their secret from each other.

However, as they grew older they entrusted their feelings with each another and eventually both came out as transgender when were 18. They’ve been taking testosterone for the past year to grow facial hair and underwent chest surgery a couple of months ago. They’re also both criminal justice graduates working within law enforcement.

Here’s what Jack had to say about their journey: 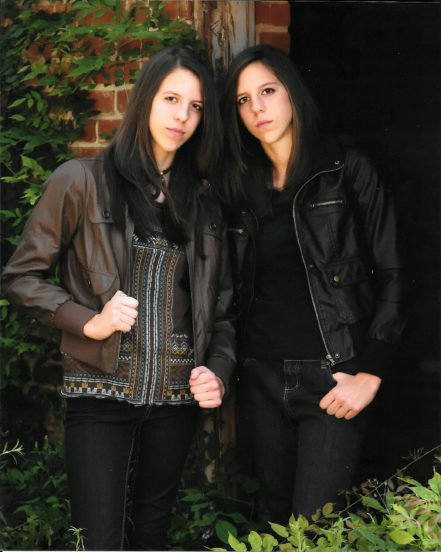 As a kid I would cry and pray to God that I would wake up in a male body, not even understanding that being transgender was a thing.

Now, I am the happiest with myself that I have been in my entire life. That uncomfortable feeling we had before has completely gone.

When we came out, it was to our whole family – mum, dad and our older sister.

Our parents had never seen anything like it. They have never experienced gay or transgender people and my dad is a pastor. We live in Georgia.

At work I have had my fair share of people calling me a ‘sh*t’ – she, he, it. Usually they just don’t understand.

People still refer to us as female. Whenever I hear ‘she’ or ‘her’ it is like a kick in the stomach.

It hurts but I get it. At a young age, I was skeptical of it myself. For some people, it is a hard pill to swallow.

There are times when I wish I was just born – and I don’t mean this in a negative way – but ‘normal’, and that I was biologically male.

People say, ‘You will never be able to change your chromosomes, you can only change the outside.’

There are still times when I come home and break down.

Honestly, the twin thing has helped. If I was to go back to when I was 15 or 16 I would never think in a million years that I would have got to this point.

It was a fantasy and I always wished it was going to happen but I wasn’t brave enough. I didn’t have the guts.

Being a twin means I don’t feel alone. Somebody else is experiencing the exact same things as I am going through and that made me stronger. 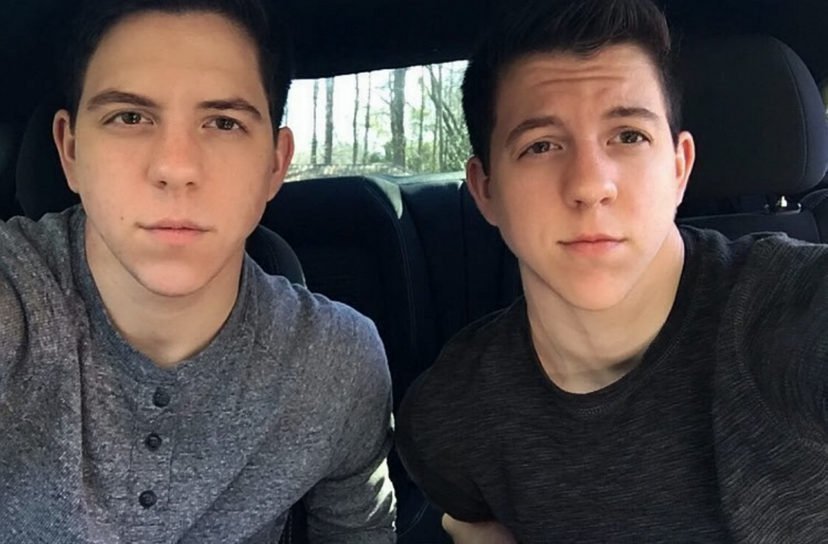 That’s an inspirational story isn’t it? Both of them have now been officially recognised as male by the state of Georgia and the United States too as well. Nice to see a happy ending to something like this as it doesn’t always end up that way.

For more transgender stories, check out this one about a transgender woman falling in love with a man who rejected her when she was male. Awww.