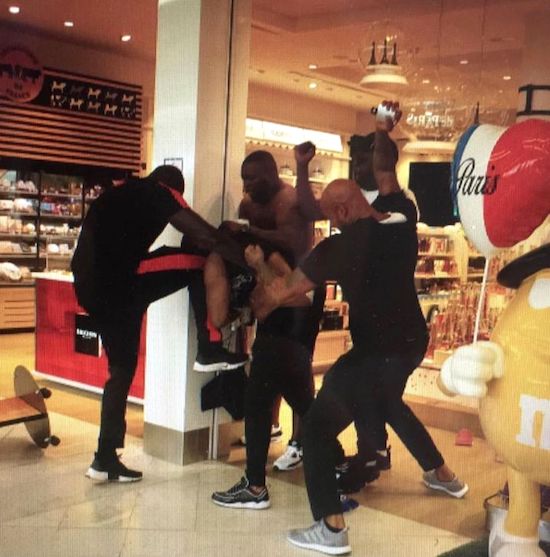 It’s kind of strange how beef in music only really exists in hip hop/rap –  I mean you never see people like Robbie Williams or Dave Grohl throwing down with each other over some dumb thing that they said – but I can’t say that I don’t absolutely love it because of videos like this one.

This time we’re not doing the whole east coast/west coast thing, but instead we’re in France where Booba and Kaaris have run into each other at the airport in Paris and they’re not happy to see each other. No idea what their beef is, but the two of them get into it in the duty free section alongside their entourage, causing part of the airport to be shut down and multiple flights to be delayed. Epic.

Hot damn that is absolutely ridiculous and looks like a full scale riot is going down. I always wonder just how you could end up hating someone/wanting to beat them up that much because I can’t imagine it whatsoever in my life.

Clearly I’m doing something wrong though as if I was a rapper beefing with everyone I could just turn up at the airport and trash the place and basically do whatever I want. That is the life, although 11 of them did end up in handcuffs so maybe it’s not all that. Something to consider.

For more of the same, check out Stitches getting into a fight with a baseball bat wielding gang. Dangerous.