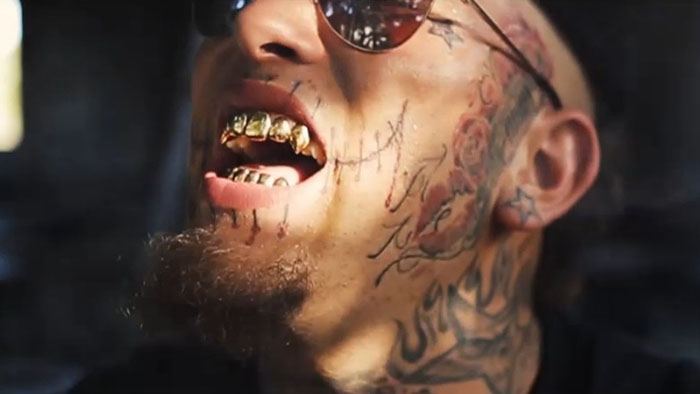 Just when you thought he was growing up a little bit.

Back in March we wrote a piece on the rapper Stitches revealing that a lot of the things he claimed about his past were 100% untrue, and that stunts he pulled (including one where he gave a “fan” $10,000) were completely staged. Read all about that HERE.

We wondered whether Stitches might chill out a little bit now that he’d got married and had a kid. Well, here’s your answer to that one:

Bit of a shit fight really but hey, look at all those pussies running away from Stitches. That’ll give his street cred a boost — plus it’s on camera this time so no one can accuse him of telling porky pies.

He followed that up with a rather unfriendly message to the police:

Notice the #FUCKAJOB hashtag at the bottom of the video. Stitches obviously read our rundown of the top 5 things only unemployed people can appreciate. You weren’t supposed to take it completely literally, Stitches.