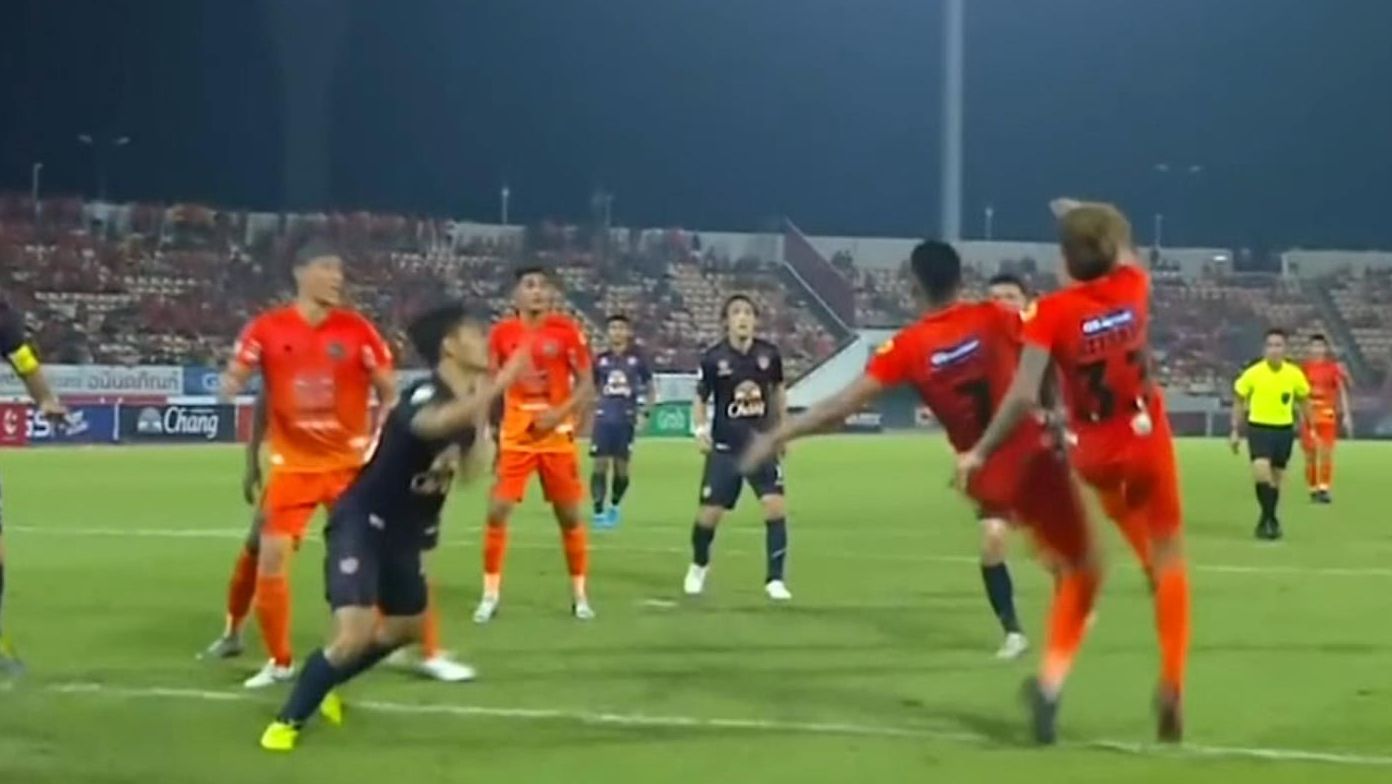 It’s not often that you see something totally unprecedented on the football pitch but I’m pretty sure that nobody has ever done anything like the two Thai players in the clip below.

The video comes from the Thai league which I don’t really think has had too much notable happen in it up until now – aside from the fact it featured stints from both Jermaine Pennant and Jordon Mutch recently – but maybe this will help put it on the map. It’s a double overhead kick where both players connect with the ball so perfectly and in time that they manage to slam it straight past the keeper and into the back of the net.

Absolutely crazy – just think about it, if one of the players had been slightly out of time or hit it at a slightly different angle then the ball would have flew off somewhere else and it would never have gone in the back of the net or looked anywhere near as good as that.

I bet even Ronaldo and Messi couldn’t do something like that together even if they had about a hundred chances. Really monumental stuff.

For more of the same, check out Ronaldo bicycle kicking himself in the face. Told you he was no good.